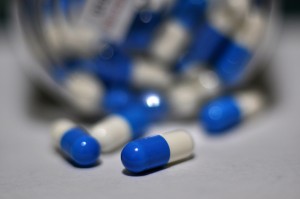 Over the past two years, patient advocacy groups, researchers and consultants have said health insurers have discriminated against their members with high-cost conditions.

A number of journalists have covered these stories. The Marketplace’s Tim Fitzsimons reported in June that the federal Department of Health and Human Services was addressing complaints against insurers whose benefit programs were designed to drive away members with costly pre-existing conditions. Wes Venteicher of the Chicago Tribune reported on efforts by health insurer Coventry to make HIV treatments more affordable after patient advocates complained that costs for HIV drugs were too high.

For both of these stories, researchers and patient advocates contributed important details about the insurers’ actions. Over the past two years, patient advocates have used the rules in the Affordable Care Act as the basis for complaints to state and federal regulators that health insurers have failed to provide adequate insurance coverage to patients with cancer, HIV, mental health conditions and other illnesses (pdf). Researchers and consultants also have studied insurers’ offerings to identify discriminatory benefit designs.

In a new tip sheet we explain the issues behind these cases and link to resources journalists will find useful when covering pharmacy benefit discrimination cases. For journalists covering insurance discrimination, the HIV cases offer important lessons about how insurers have used pharmacy benefit pricing strategies to shift drug costs to members. Health policy researchers and patient advocates have charged that these pricing policies, including one called adverse tiering, are discriminatory.

In March, for example, the Florida Office of Insurance Regulation warned insurers (pdf) that it would review their 2016 rate filings to ensure that all qualified health plans did not use discriminatory pharmacy benefit plans. The AIDS Institute, a patient advocacy group that helped identify discriminatory benefit plans last year, welcomed the news.

When the AIDS Foundation of Chicago charged that Coventry and three other insurers–Aetna, Health Alliance and Humana–had put some drugs into high-cost tiers, it said setting higher co-pays for HIV drugs violated federal protections against discrimination.

After the complaints, Coventry classified HIV drugs as generic or non-preferred brands, Venteicher reported. (For another look at the pricing for generic drugs, see this recent blog post by my AHCJ colleague Liz Seegert.) The discrimination complaints forced insurers Cigna, Humana and Preferred Medical to change their plans in Florida to reduce what members pay for HIV drugs, and Aetna has changed its pharmacy formulary nationwide, making HIV drugs more affordable.