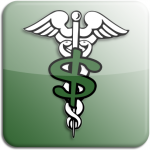 With an update from the Centers for Medicare & Medicaid Services data showing what hospitals across the country charge Medicare for the same treatment or procedure in 2013, AHCJ has updated its own version of the dataset that allows members to compare hospitals’ charges from one year to the next.

Last year, CMS released data files that include bills submitted by 3,500 hospitals for the 100 most commonly performed inpatient conditions in 2011 and 2012. The new release includes 2013. This allows a basis for some local or regional comparisons and a starting point for stories on hospital costs and services.

AHCJ combined the files to include the hospital name and location, the number of patients with the specific conditions discharged, hospital charges and the amount paid to the hospital for all three years. The file covers only inpatient charges. Members can download the file here and read details about each data element and links to other documentation. If the hospital records 10 or fewer discharges, CMS excludes those numbers because of privacy concerns.

In addition to comparing costs, reporters can see if local hospitals have increased or decreased its billing for specific treatments or conditions. Those changes might indicate changes in local physician population, changes in community needs, opening or closing of hospital services, or even hospital marketing efforts.