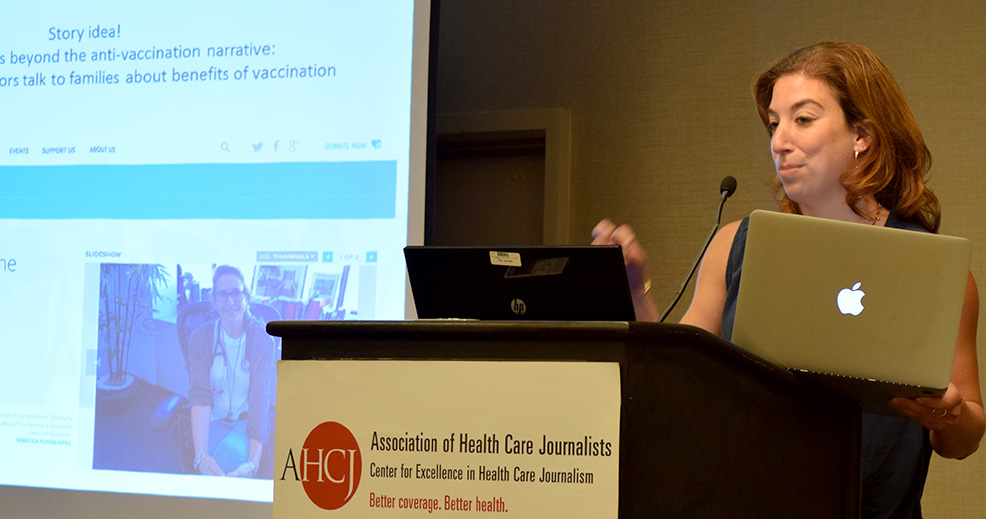 When she’s doing stories about vaccine-preventable diseases or parents’ qualms about giving vaccines, Plevin now talks about the proven benefits of vaccines. If parents talk about diverting from recommended vaccine schedules or say they have fears that vaccines harm children, Plevin and her co-workers include a statement that there’s no scientific evidence backing up claims that vaccines are harmful.

Medical experts who joined Plevin on the panel said journalists need to do a much better job of providing perspective about how vaccines save lives.

“Before vaccines, half of us would not have made it to the age of 21. Or if they did live, they would have been crippled or blind,” said Betsy Rosenblum, M.D., a San Diego family doctor who deals with numerous parents who don’t vaccinate their children.

Rosenblum recalled that in 2008 she had the surreal experience of coping with a measles outbreak that began at her children’s school then spread through contact in her waiting room. A family who had visited Switzerland brought disease home with them.

“Unbeknownst to me 30 percent of the kids (at the school) were unvaccinated,” Rosenblum said.

One of the mothers of a sick child brought the patient to Rosenblum’s office. Three babies under a year old, who were not yet fully vaccinated, picked up the measles.

“To say this was a wake-up call would be an understatement,” Rosenblum said.

She now deals regularly with well-heeled Southern California parents who refuse vaccines. Having practiced medicine in Chicago before relocating to California, it was a stark change for her.

“In my inner-city clinic, I don’t think I had a single person refuse (vaccination),” she said. “Then I came to California. I see more and more parents who don’t want to get their children vaccinated, or if they do, they want their own schedule.”

To help her patients and others understand more about vaccine-preventable diseases, Rosenblum eventually created a class for expectant parents. As they learn about birth alternatives, the parents also learn about the dangers of skipping vaccines for their children.

“People bring me their new babies and they have already made up their minds. At the baby showers, they’re being given anti-vaccine books,” Rosenblum said. “The numbers (of fully vaccinated children) are slowly declining. We get very nervous if we start seeing numbers go below 90 percent.” 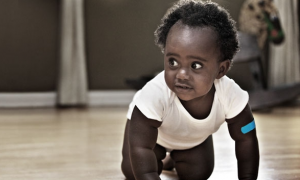 This image, shared during the panel, was presented as an appropriate photo to use with stories of vaccinations.

For journalists covering the vaccine debate, the panelists suggested the following policies and story ideas: