Stressing that community water fluoridation remains an important tool in fighting tooth decay, public health officials have updated their recommendation for the “optimal” level of fluoride in drinking water nationwide.

The new standard, 0.7 milligrams of fluoride per liter of water, was announced on April 27 by the U.S. Department of Human Services.

The level replaces a recommended range of 0.7 mg to 1.2 mg of fluoride per liter of water in place since 1962.

The optimal level, according to the U.S. Centers for Disease Control and Prevention, is considered to be when the amount fluoride in drinking water is adequate to help prevent tooth decay in children and adults while limiting risk of problems such as fluorosis, a discoloration or mottling of the tooth enamel that can be caused by exposure to too much fluoride.

Since community water fluoridation efforts were first implemented decades ago, people get fluoride treatment from sources other than tap water, including toothpastes, rinses and professionally-applied varnishes. But health officials say it remains important to continue community water fluoridation programs, praised in a historical survey on the CDC website as one of the 10 great public health achievements of the 20th century. 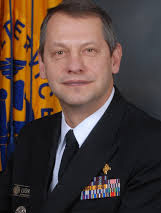 “While additional sources of fluoride are more widely used than they were in 1962, the need for community water fluoridation still continues,” U.S. Deputy Surgeon General Rear Admiral Boris D. Lushniak said in the April 27 announcement. “Community water fluoridation continues to reduce tooth decay in children and adults beyond that provided by using only toothpaste and other fluoride-containing products.”

Water fluoridation remains controversial in some communities, but public health, dental and medical organizations, including the Pew Charitable Trusts, the American Dental Association and the American Academy of Pediatrics, praised the HHS announcement and larger efforts at promoting fluoridation.

“Water fluoridation continues to be one of the most important tools in our toolbox to prevent tooth decay in children and adults,” AAP president Sandra G. Hassink in a statement. “Hundreds of studies have affirmed community water fluoridation as a safe, equitable, and cost-effective way to protect the oral health of the population,”

The process of updating the recommendation began in 2010, when HHS convened a panel of government scientists to review data on regional water consumption patterns, decay and fluorosis levels gathered over decades. In January 2011, the department proposed that the recommended level of fluoride in drinking water be moved to the lowest end of the previously accepted range.

In 2010, 73.9 percent of the U.S. population on community water systems, or about 204.3 million people, had access to fluoridated water, according to the CDC.

Fluoride naturally occurs in water but not always at healthful levels. Excessive consumption of fluoride over the years may increase the risk for problems such as bone fractures in adults, notes the U.S. Environmental Protection Agency, and young children exposed to excessive amounts of fluoride have an increased chance of developing fluorosis.

Separate from the HHS recommendation, the EPA is reviewing whether its fluoride standard of 4 milligrams per liter of water should be lowered to reduce the risk of such problems.