A recent data brief from the National Center for Health Statistics reported a 23 percent increase in the age-adjusted hypertension-related death rate from 2000 to 2013. In that same period, the rate for all other causes of death combined decreased 21 percent. The report, “Hypertension-related Mortality in the United States, 2000–2013” is part of a series from the Centers for Disease Control on myriad health issues, morbidity and mortality. 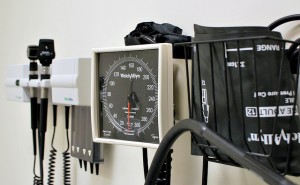 Such reports, while an interesting starting point for a story, can easily be taken out of context and mislead your audience. That’s why building a stable of reliable health care experts to whom you can show the data and quote in your story is important.

The authors of the NCHS brief defined hypertension-related mortality as “any mention of hypertension on the death certificate or as the underlying cause of death.” Hypertension was selected as the underlying cause of death in one out of six hypertension-related deaths in 2000 and 2013. According to the analysis, the proportion of these deaths increased steadily from 2000 to 2013. For women age 85 years and older, the hypertension-related death rate rose 23 percent, from 2,003 per 100,000 population in 2000 to more than 2,464 per 100,000 in 2005; it rose 27.5 percent for men, from 1,655 in 2000 to 2,110 in 2005. Rates for both genders continued to rise, although more gradually, through 2013.

Heart disease, stroke, cancer, and diabetes accounted for nearly two-thirds of all deaths with any mention of hypertension in 2000 and for more than half in 2013. According to the report, women over age 85 were more likely to die from a hypertension-related cause than were men in that age group; but women’s rates were lower in all the other age classifications (45–64, 65–74, and 75–84). Among men age 65–74, the hypertension-related death rate rose 16.5 percent from 2000 through 2013.

“It’s purely speculation, but it could be that we’re getting better at recognizing hypertension,” said Lewis Lipsitz, M.D., chief of the Division of Gerontology at Beth Israel Deaconess Medical Center, Boston and director of Hebrew Senior Life’s Institute for Aging Research, in a telephone interview. Hypertension may be more likely to be added to death certificates as the secondary or even tertiary cause than in the past.

I asked Lipsitz, also a Harvard Medical School professor, to review the data brief and help make sense of the findings. Hypertension can be an underlying condition contributing to the actual cause of death, such as stroke or heart attack, he said, but isn’t the cause of death itself. However, he pointed out that only 17 percent of deaths listed hypertension as an underlying cause, so extrapolating the numbers to the entire older population was perhaps a stretch.

The data raises some questions, such as whether there were additional conditions, such as dementia, which could significantly affect disease management, he said. In addition, the report does not specify whether the hypertension was treated or untreated.

Putting the data further in context, Lipsitz noted a paradox in which efforts to attain and maintain “optimal” blood pressure levels in much older adults may actually increase the risk of death from side effects of the treatment.

In middle-aged adults, stroke risk increases as pressure climbs above 115/75 mm Hg; but this association appears to diminish with advanced age. While reducing blood pressure can be effective in stroke prevention and other heart problems in the younger group, evidence suggests an inverse relationship between treating hypertension in people 80 years and older and the risk of death related to the condition.

At issue is whether or not to treat older patients with anti-hypertensive drugs. According to Lipsitz, deaths among the elderly can occur from cognitive impairment, impaired physical function, falls and other conditions or events that either could be side effects of hypertension or side effects of treatment itself. “Many people don’t realize that hypertension is a risk factor for dementia,” he added.

However, new evidence presented at a recent international meeting of the Alzheimer’s Association found that people who developed hypertension after age 80 actually had a lower risk of dementia.

Other possibly important news was buried in the NCHS analysis. On page 5 of the brief, we finally learn that heart disease and stroke as a cause of death possibly related with hypertension decreased by nearly 20 percent and 40 percent respectively over the past 13 years, but that finding is not put in context.

Just like reading a medical study, don’t just read a brief or report’s “key findings.” The nuggets are often buried. If you’re not sure, ask an expert to help explain the significance.

You can view the data table here.