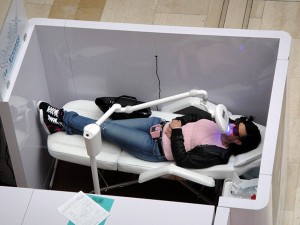 In a 6-3 decision, the justices found the North Carolina Board of Dental Examiners, which is comprised mostly of dentists, illegally quashed competition from non-dentists who sought to open teeth-whitening shops in the state. The decision, which upheld a lower court’s ruling, has the potential to impact other professional licensing boards across the country, experts say.

“State professional regulatory boards may seek out more state supervision or even change their membership makeup because of a U.S. Supreme Court decision Wednesday against a North Carolina dental board accused of illegally suppressing competition,” Schencker wrote.

“The decision … is quite significant,” Jeffrey Brennan, a partner in the antitrust practice at McDermott Will & Emery in Washington and a former head of the Federal Trade Commission’s health care division told Schencker. “It impacts a lot of state boards across the country.”

The nation’s high court heard arguments in the case in October. The justices were asked to consider whether the state board overstepped federal antitrust laws in sending out threatening “cease and desist” letters to operators of teeth-whitening salons in mall kiosks and salons.

The FTC took the side of the retail teeth-whitening shops, holding that the state dental board “illegally thwarted competition by working to bar non-dentist providers of teeth-whitening goods and services from selling their products to consumers.”

Six practicing dentists serve on the eight-member board that regulates dentistry in the state, observed Deputy Solicitor General L. Malcolm Stewart who argued for the FTC.

“They have an evident self-interest,” he noted. “That active self interest is reinforced by their method of selection, not by the Governor or the public but by the community of dentists.”

But an attorney for the state dental board contended that the board’s actions were not subject to federal antitrust laws because the body was acting as an agency of the state. Members of the profession are best-qualified to serve on the regulatory board, asserted Hashim M. Mooppan.

“In an opinion written by Justice Anthony Kennedy, “… a majority of justices agreed with the FTC’s claim that although state entities are usually exempt from federal antitrust laws, the NC dental board was not because of the makeup of its membership and the lack of active supervision by the state.

“The exemption, Kennedy wrote, does ‘not authorize the states to abandon markets to the unsupervised control of active market participants, whether trade associations or hybrid agencies.’

“Joined by Chief Justice John Roberts, Associate Justices Ruth Bader Ginsburg, Stephen Breyer, Sonia Sotomayor and Elena Kagan, Kennedy further added that if a state wanted to rely on active market participants as regulators, there must be supervision by that state.”

The North Carolina dental board’s chief operating officer pointed out that many licensing boards across the country are structured similarly. And Robert Lowes of Medscape Medical News wrote that “State medical boards may find it harder to fence off the practice of medicine from nonphysicians — think nurse practitioners — in the wake of today’s Supreme Court decision in a case about teeth whitening.