An innovative payment program from Blue Cross Blue Shield of Massachusetts has achieved impressive results in controlling costs and improving quality over four years, according to a new study.

In an article published in the New England Journal of Medicine, researchers from Harvard Medical School evaluated a Blue Cross initiative, called the alternative quality contract (AQC), which pays physicians and hospitals a risk-adjusted global budget. 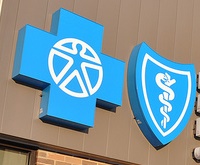 The analysis showed that the AQC reduced costs over the first four years of the program (2009 through 2012) by 6.8 percent compared with costs in a control group. The control group included commercially insured members of employer-sponsored plans in Connecticut, Maine, New Jersey, New Hampshire, New York, Pennsylvania, Rhode Island, and Vermont.

Quality scores also improved among the providers serving patients in the AQC versus those in the control group, the researchers explained.

This study is significant for four reasons. First, it shows cost savings each year over four years. Second, it shows that in the last year of the study (2012), savings exceeded the costs of the incentives paid to participating physicians and hospitals in the program. This finding is crucial, because in the first three years (2009 through 2011), the incentive payments exceeded savings, leading to charges that Blue Cross overpaid physicians and hospitals to get them to enroll in the program.

Third, the AQC is significant because by 2012, about 85 percent of the physicians in the Blue Cross network were in the AQC.

Fourth, the research shows that quality improved over the four years. This matters, because global payment is similar to capitated payment, an arrangement that physicians and patients have criticized for years. In both global and capitated payment arrangements, physicians and hospitals are paid a flat fee per member per month. At the end of the year, if the cost of delivering care is below what the providers were paid, they can share the savings. If costs are over what they were paid, they have to make up the difference.

Critics say capitation encourages physicians and hospitals not to deliver appropriate and necessary care in order to increase their chances of earning more money at the end of the year. For a description of capitation and how it works, see this article from the American Medical Association.

In the NEJM article, the researchers described Blue Cross’ global budget as follows:

“The AQC is a two-sided contract with shared savings if spending is below budget and shared risk if spending exceeds the budget (a so-called risk contract). Organizations receive quality bonuses that are based on 64 measures, including data on processes, outcomes, and patients’ experiences in the ambulatory care and hospital settings…”

For a more detailed explanation of how the AQC works, see “Private payer innovation in Massachusetts: the ‘Alternative Quality Contract,'” from Health Affairs.

“This rigorous evaluation of four years of data demonstrates that the AQC is achieving its twin goals of lower costs and better care for our members,” Blue Cross President and CEO Andrew Dreyfus said in a press release. During a session at Health Journalism 2013, Dreyfus explained the AQC at AHCJ’s annual conference in Boston.

Writing for The Boston Globe, Priyanka Dayal McCluskey quoted Dreyfus: “Now we have the results of four years of one of the biggest, if not the biggest, payment reform initiatives in the nation, that show we are approaching the holy grail of health care, which is better care at lower costs.”

In a blog post for Modern Healthcare, Melanie Evans also addressed the quality issue, writing, “The quality improvement among Massachusetts providers in the alternative quality contracts, which tie bonus payouts to quality performance, also outstripped those gains made by Northeastern U.S. providers, for the most part.”