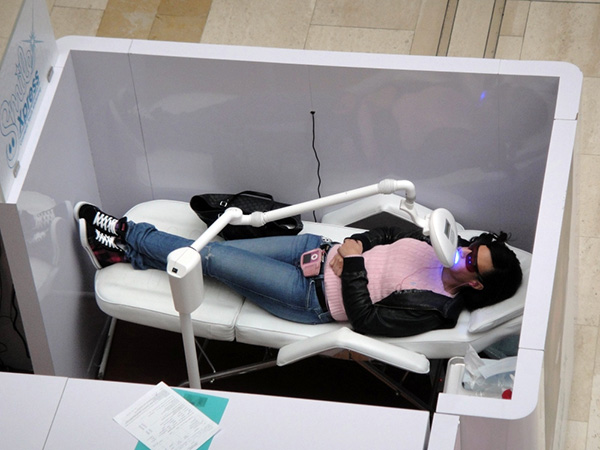 A long-simmering feud between North Carolina’s state dental board and a group of non-dentists who provide teeth-whitening services in malls and day spas is headed for the U.S. Supreme Court. Oral arguments in the case, North Carolina Board of Dental Examiners v. Federal Trade Commission, are scheduled for Oct. 14, the ADA (American Dental Association) News reports.

The decision could have wider implications for teeth-whitening shops – and for the dental and medical boards that regulate the health professions nationwide. Dental whitening has grown into a big business in recent years and, in a number of states, dental boards have taken steps to make the services illegal for anyone but dentists or hygienists to perform. Campbell Robertson provided a thorough look at the topic in a story last year for The New York Times.

In North Carolina, the Federal Trade Commission (FTC) has taken the side of the retail teeth-whitening shops. In 2011, the commission held that North Carolina’s state dental board “illegally thwarted competition by working to bar non-dentist providers of teeth whitening goods and services from selling their products to consumers.”

Last year, the U.S. Court of Appeals for the Fourth Circuit upheld the FTC’s ruling.

But the North Carolina dental board argues that its actions are not subject to such challenges because federal antitrust laws do not apply to actions taken by a state or its agencies.

The high court will consider whether or not the dental regulatory board, created under state law, should be considered an arm of the state or whether it should be considered a “private actor” because a majority of the board’s members are, as dentists, also competitors in the market for dental whitening services and are elected to their seats by other dentists.

“This case gives the Supreme Court an opportunity to decide whether these types of state boards, established by the legislature but appointed by private actors, are state or private actors,” wrote Barton C. Walker, Howard Feller, LauraLee Lawley and Timothy J. Fry of McGuireWoods LLP in an analysis of the case, published online by Mondaq. “This question has particular significance in the healthcare industry since all 50 states require physicians on their medical boards and dentists on their dental boards, according to briefs filed in this case. Although not all states follow North Carolina’s appointment process for these physicians and dentists, a number of them do. A circuit split has now opened on the question of whether these professionally appointed bodies are private actors; the Court could close this split.”

The American Dental Association, joined by the American Medical Association and other professional organizations, has filed an amicus brief in support of the North Carolina Board of Dental Examiners. The groups asked the court to consider the “determination by state legislatures across this country that the health professions should be regulated by knowledgeable health care professionals who have practical experience in the profession that they are regulating.”

“Amici and their members believe that the public is best served when state regulatory boards duly constituted in accordance with state law are free to make decisions on public health issues based on clinical experience without fear of second-guessing under the federal antitrust laws,” the organizations stated in their brief.