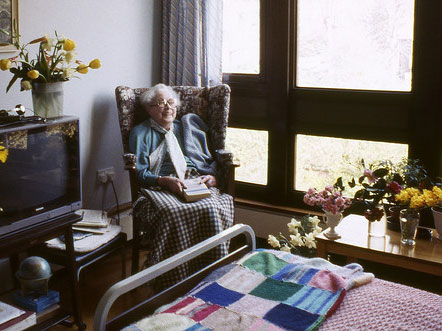 Americans today are more supportive of a government-administered long-term insurance program, similar to Medicare, and think a number of measures would be helpful for improving the quality of ongoing living assistance, than they were just a year ago, according to a new survey from The Associated Press-NORC Center for Public Affairs Research. However, the survey also found that most people believe they lack enough information about long-term care assistance and planning – and intend to rely on family members for the majority of care, or already do.

The study follows up on results from the AP-NORC Center’s 2013 long-term care survey to obtain additional data on how much advance planning is being done and what role families play in the process, according to Trevor Tompson, director of the AP-NORC Center. Compared with the 2013 survey, nearly six in 10 Americans aged 40 and older (58 percent) now favor a government administered long-term care insurance program similar to Medicare, a seven-point increase from prior year’s results.

“Families are essential to providing long-term care so we wanted to explore their role further,” Tompson said in a written statement. The 2013 study established a baseline about what older Americans think about long-term care. “The new study expands on our earlier work to include information about who is providing and receiving care, how caregiving impacts family relationships, and which policy and quality measures Americans age 40 and older think would improve long-term care,” Tompson said. This information is crucial to pass on to policy makers as they grapple with how to plan for and finance high quality long-term care in the United States.

The study found that one-third of Americans (34 percent) age 40 or older are very concerned that they won’t plan enough for the care they might need when they get older, yet two-thirds report having done little or no planning for such assistance.

Six in 10 respondents reported having at least some experience with long-term care, either as caregivers, recipients of care, or financial providers of care. Those who have experienced long-term care tend to be female, lower-income, and in the baby boomer generation. These findings remain stable from the 2013 survey.

A quarter (24 percent) say it’s “extremely likely” and 41 percent say “somewhat likely” that they will need long-term care assistance someday. Respondents obtain most of their information about long-term care from family or friends, not providers, insurers or employers. However, they have more trust in information they receive from experts.

“This poll shows that a majority of Americans support system improvements to create the kind of care we want for older loved ones now and for ourselves in the future,” said Bruce Chernof, M.D., F.A.C.P., president and CEO of The SCAN Foundation, which provided financial support for the survey.

A comparison of key questions asked in the 2013 study found that most indicators remain relatively stable, including understanding of the long-term care system, personal experiences with long-term care, misconceptions of the cost of care and the role of Medicare, and the extent to which they are planning for long-term care for themselves and their family.

The survey was conducted from March 13 through April 23, 2014, among a random national sample of 1,419 adults age 40 or older living in the United States and have a margin of error of plus or minus 3.6 percent.

The complete report and topline results are available for download.

1 thought on “While many expect to need long-term care, few preparing for it”