View all posts by Kelsey Ryan → 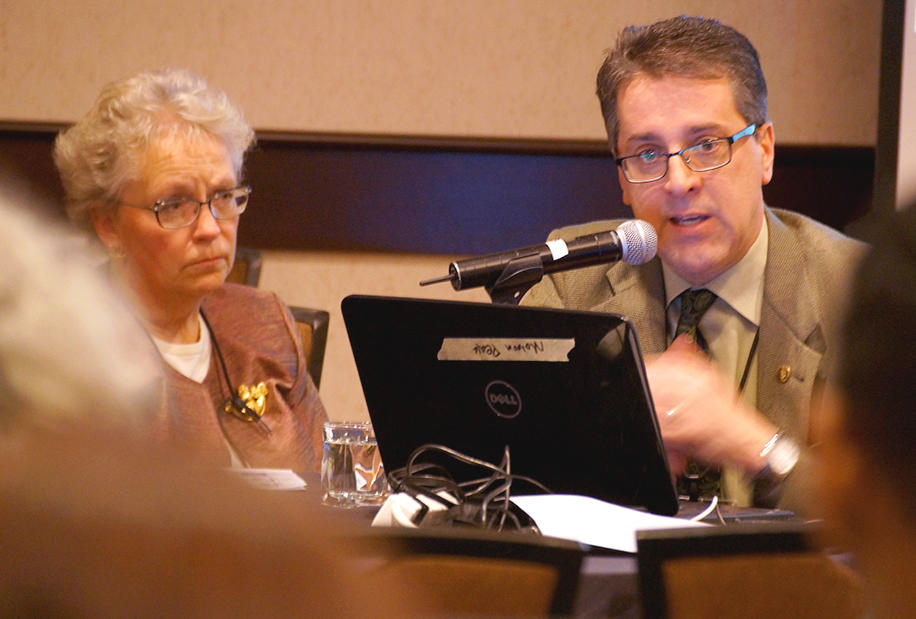 Photo by Pia ChristensenJonathan Bowser of the University of Colorado School of Medicine called oral health “the low-hanging fruit of primary care prevention.”

In 2007, a 12-year-old Maryland boy named Deamonte Driver died from a tooth infection that spread to his brain. His family had lost Medicaid coverage and an $80 tooth extraction might have saved his life, wrote Washington Post staff writer Mary Otto, whose story helped spotlight oral health disparities.

Oral disease is a disease of poverty, said Diane Brunson, R.D.H., M.P.H., director of public health and interprofessional education at the University of Colorado School of Dental Medicine, during a session called “Covering disparities in oral health,” at Health Journalism 2014 in Denver.

Those with lower incomes have higher tooth extraction rates and, in Colorado, older people are more likely to lack dental insurance than others, Brunson said.

For children in Colorado, public health interventions and programs are leveling the playing field of tooth decay, which affects chewing, speaking, integrity of adult teeth and self esteem, Brunson said.

There are parts of the U.S. with too few dentists or few dentists who accept Medicaid patients, said dentist Terry Batliner, D.D.S., associate director at the Center of Native Oral Health Research at the University of Colorado.

To combat this issue in rural, underserved urban areas and native lands, Batliner suggests the introduction of dental therapists, a mid-level dental provider who are trained to give basic dental care under the supervision of a dentist.

There are dental therapists in Alaska that have had success in that area, he says.

But dental trade organizations have mostly opposed the idea, arguing that it could impact dental jobs or lead to poor patient care, he said.

“If we can have PAs in medicine why can’t we have a similar mid-level provider in dentistry?” Batliner said

Batliner also discussed his work with native tribes to study oral health. What he found was that many native people have poor oral health care.

He believes that is in part perpetuated by the Indian Health Service, which prioritizes oral care for children above adults because there’s not enough funding for everyone.

Some believe that primary and mid-level providers can help with prevention efforts in places with a dentist shortage.