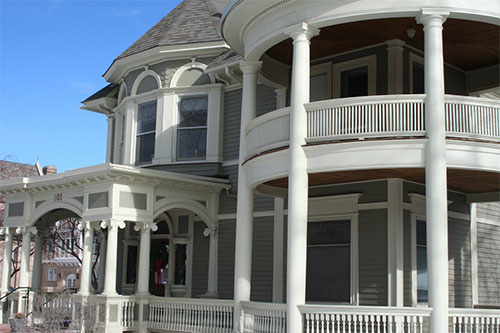 In many parts of the United States, older adults are turning to home sharing as an innovative way to age in place longer. This may conjure up visions of “The Golden Girls,” but Rachel Caraviello, vice president of Affordable Living for the Aging, a Los Angeles-based nonprofit that matches seniors with potential house mates, said that shared housing addresses real needs for both homeowner and renter.

“There’s a real need for affordable housing in L.A. and other major cities, and this can be an ideal arrangement for people who don’t qualify for state housing subsidy programs to rent a room at lower cost,” said Caraviello.

At the same time, older adults have someone around – whether it’s to help with expenses, or take on some basic tasks like driving to doctor appointments, cooking or simply alleviating social isolation.

Home sharing is on the rise, Caraviello told attendees at the American Society on Aging conference in San Diego. There are some 51 million multi-generational households according to the last census. There are two million additional people over age 30 who are sharing with non-relatives, to meet their financial, social or other needs. Widows, empty nesters, single parents, low-wage workers and retirees comprise the majority of home sharers. Organizations, such as ALA, screen potential renters and match them with homeowners looking to share space.

“Home sharing is a low-cost, mutually beneficial option to meet the housing and care needs of two individuals. Home sharing helps people who have extra space in their home and need financial assistance to offset housing costs,” she said. “And, it helps people who need an affordable place to live and are willing to provide something in return for a break on rent.”

Agencies like ALA play a vital role in helping to screen potential renters, develop written contracts or agreements, and mediate any potential problems which may crop up.

“While sometimes a match just doesn’t work, quite often it’s a question of changing needs, especially the health needs of the homeowner,” Caraviello said. “We often help renegotiate agreements – it’s important that everyone understands expectations and is realistic about what’s do-able.”

The National Shared Housing Resource Center is a national clearinghouse of information and resources for homeowners and potential house mates. There’s a list of shared housing resources by state, including local match-up programs. It does not list all programs, however, only those who are members of NSHRC.

Another type of new housing arrangement – cooperative housing – in which several people share a larger home, is also gaining in popularity. It’s often several women, who find themselves alone – that enter into these co-housing arrangements, as this recent article from The Motley Fool described. “It’s about helping people come together in ways that are mutually beneficial,” Caraviello said.