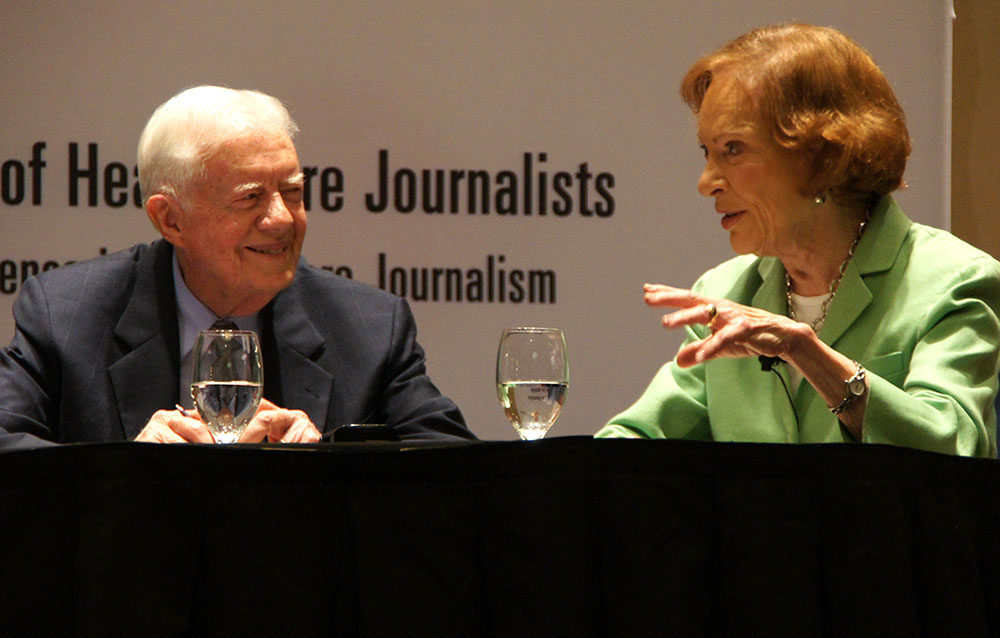 If you attended Health Journalism 2012 in Atlanta, today’s news out of the Carter Center that only 148 cases of Guinea worm disease remain worldwide shouldn’t be surprising.

In the opening session of that conference, former President Jimmy Carter said “The most exciting thing in our life right now is the approaching demise of the last Guinea worm that will ever live on earth.”

Well, according to the Carter Center, “cases of the debilitating disease were reduced by 73 percent in 2013 compared to 542 cases in 2012. When the Center began leading the first international campaign to eradicate a parasitic disease, there were an estimated 3.5 million Guinea worm cases occurring annually in Africa and Asia.”

At Health Journalism 2012, Carter and his wife, Rosalynn, discussed issues in global health, including guinea worm disease, and efforts underway at The Carter Center to address them. The Carters founded the center in 1982 in Atlanta to advance peace and health around the world.

As Noelle Hunter reported for AHCJ, Jimmy Carter recalled the first time he encountered the “horrible affliction” that’s been around for millennia, but exists only in remote areas of Africa and Asia.

“In a little village in Ghana, 300 of the 500 residents had guinea worms coming out of their bodies,” Carter said.

Since then, the guinea worm eradication program, funded through the Carter Center, has eliminated the disease in 20 of 21 African countries. Efforts to complete eradication in South Sudan have been stymied by internal conflict. He said local journalists in those countries were essential to spread news about efforts to eradicate the pestilence.

“As we near the finish line in this eradication campaign, The Carter Center and its partners remain committed to ending the devastating suffering caused by Guinea worm disease, recognizing that the final cases of any eradication campaign are the most challenging and most expensive to eliminate,” said former U.S. President Jimmy Carter in the press release. Learn more about the effort to eradicate Guinea worm disease.

What breaking news might you be on top of because you attended an AHCJ conference? Health Journalism 2014 is just nine weeks away – see the preliminary program and register now.