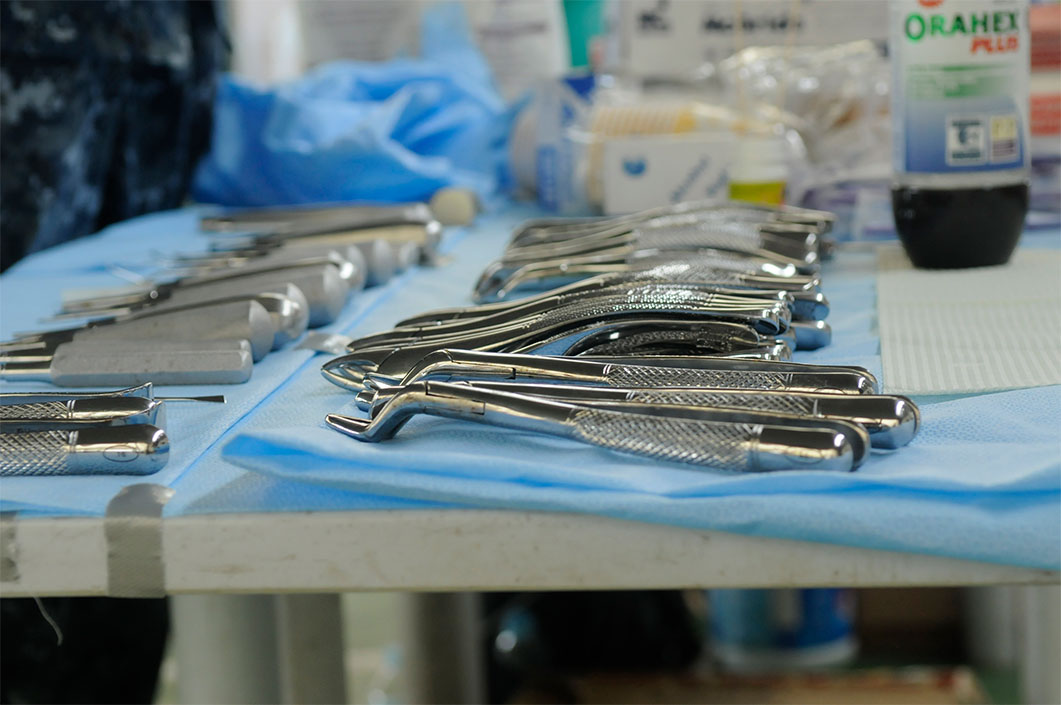 Judi Kanne, a registered nurse and freelance writer for Georgia Health News took a look at dental care for seniors and found that her state, and many others, have been coming up short.

One of them was 71-year-old Johnnie Collier who told her he went there to get a tooth extracted that had been hurting him for years.

Despite the work of such charity clinics, Kanne wrote, millions of older adults are unable to get the dental services they need.

Then she offered a good summary of the predicament.

“Traditional Medicare, the federal health insurance program for people 65 and older and the disabled, does not cover routine dental treatment. (Some private Medicare Advantage plans do offer some coverage.),” she wrote.

“The VA, which provides a wide range of medical care to millions nationwide, provides dental care to only a few, very limited categories of veterans,” she added.

“Unfortunately, extractions have become a way of life for many of the older patients we see,” Peeples said.

She cited “A State of Decay” a state-by-state report released in October by the nonprofit Oral Health America. The report found that seniors in many states lack access to public and private dental benefits and dental services. In many states, community water fluoridation and other public health initiatives that support oral health are also in short supply.

The report concluded that adult Medicaid benefits in 21 states offered no dental benefits or emergency coverage only; that dental health provider shortage areas are prevalent in 31 states and that 13 states more than half of residents live in communities lacking water fluoridation.

A State of Decay ranked states with numeric scores based on a formula that weighted factors that contribute to the oral health of elders.

“Georgia, which has no dentist in 24 of its 159 counties, got an overall score of 62.4 percent and was ranked fair,” Kanne told her readers.

Minnesota got the highest grade: 92.9 percent. Mississippi came in last with a grade of 29.3.

Follow the link to see how your state scored.