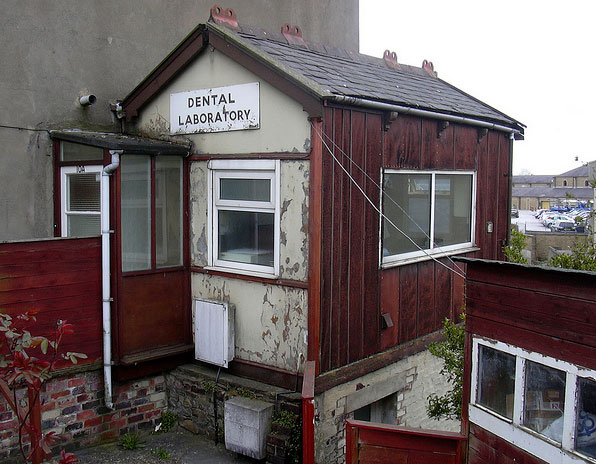 The piece that aired recently on WSYX-Columbus, Ohio, struck an ominous tone. It featured images of a shadowy basement workshop, cluttered with cooking pans and trays of artificial teeth.

The reporter, Tom Sussi, explained the place was a dental lab. The small operation certainly did not fit the spic-and-span image that might first come to mind when one hears the word “laboratory.” But under Ohio law, it was a perfectly legal place to manufacture dentures, Sussi learned as he did his interviews.

While Ohio beauticians, manicurists and masseuses are all “required to be licensed and properly trained,” the story concluded, the people who “who make things that go into your mouth, like crowns and dentures, are not.”

The situation is similar in a number of other states, as Kiera Butler of Mother Jones pointed out, in her own take on the issue, inspired by Sussi’s story.

“Ohio is one of many states where dental labs and their employees – who produce crowns, night guards, dentures and your kids’ braces and retainers – don’t have to be trained licensed or certified in any way,” she wrote. “Heck. They don’t even have to register with the state health department. While Ohio at least asks dental labs to disclose to clients what their products are made of and where they come from, most states have no such requirement,” added Butler under the headline: “Does Your State Allow Dodgy Dental Devices?”

Butler noted that both the National Association of Dental Labs (NADL) and the American Dental Association (ADA) are urging states to require dental labs to register, a step that would make it easier for authorities to inspect them for cleanliness and safety.

“It’s really important that these devices get made in clean, hygienic labs and that states require those labs to be registered,” NADL executive director Bennett Napier told her. “Otherwise patients have no way of knowing their devices are made under acceptable conditions.”

Butler pointed out that the NADL estimates there are about 10,000 dental labs in the United States and that, in addition, a sizeable percentage of devices used in this country are manufactured in overseas labs.

But all told, the U.S. Food and Drug Administration (FDA), which regulates a wide range of dental products – everything from fluoridated toothpaste to state-of-the-art imaging devices, has inspected less than 300 domestic and foreign dental labs over the past decade, Butler wrote.

Her story includes a U.S. map showing which states regulate their dental labs, which don’t, and which are considering regulation. How do things stand with dental labs in your state?