Eva Grayzel’s symptoms started with a sore on her tongue. 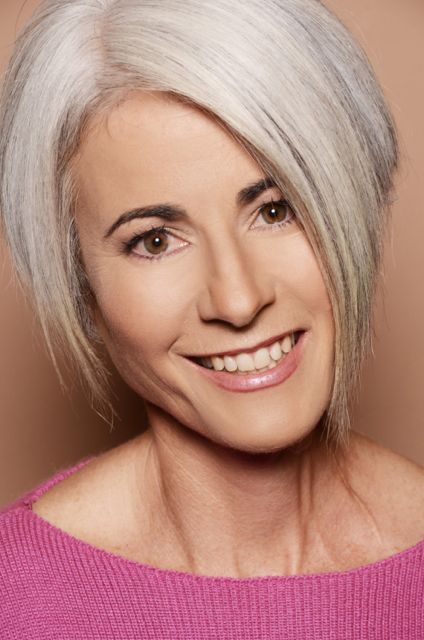 Her dentist referred her to an oral surgeon who did a biopsy. It came back negative.

A pathologist diagnosed it as moderate dysplasia. Two years passed before another oral surgeon saw the lesion for what it was: oral cancer.

When she finally got the bad news, her life was on the line.

Grayzel related her story at the recent fall meeting of the California Dental Association.

Donna Domino of DrBicuspid.com reported on her nightmarish journey back from the brink of death:

After having a third of her tongue removed and enduring six weeks of daily radiation to her head and neck to treat her stage IV oral squamous cell carcinoma, Eva Grayzel had had enough.

The vivacious 31-year-old mother of two young children could only eat a spoonful of food a day because it was too painful to swallow. She developed painful blisters in her mouth and throat that would open and bleed during severe coughing fits. She lost her voice and would wake in a panic gasping for breath when thick saliva pooled in her throat. Given only a 15 percent chance of survival, she wrote a farewell note to her husband and children.

“I felt myself begin to wither away in fear, devastation, and loneliness,” she told a large and rapt group of dentists and hygienists during a session at the recent California Dental Association’s (CDA) fall meeting in San Francisco.

Her doctor told her she had to fight. Finally two weeks after the radiation treatments ended, she turned a corner.

Grayzel described the first physical sensation that made her feel better. “I suddenly burped; it was the first thing that made me feel normal again.”

Surgeons reconstructed Grayzel’s tongue by using tissue from her forearm. She has gone on to become a motivational speaker and is working to raise awareness about oral cancer.

Each year in the United States, oral cancer claims more than 8,000 lives. More than 30,000 new cases of cancer of the mouth and pharynx are diagnosed, according to the Centers for Disease Control and Prevention.

And these cancers are deadly, with a five-year survival rate of only about 50 percent. Early detection is key, stresses the CDC which offers the following warning signs.

Tobacco use and heavy drinking both put people at heightened risk of oral cancer and a decrease in smoking in recent years has helped reduce oral cancers, researchers say.

But at the same time, rates of base-of-tongue and tonsillar cancers have been rising. Studies attribute the increase to a growing incidence of human papillomavirus associated cancers. To learn more, see this research review from the Journal of the American Dental Association and this CDC fact sheet.