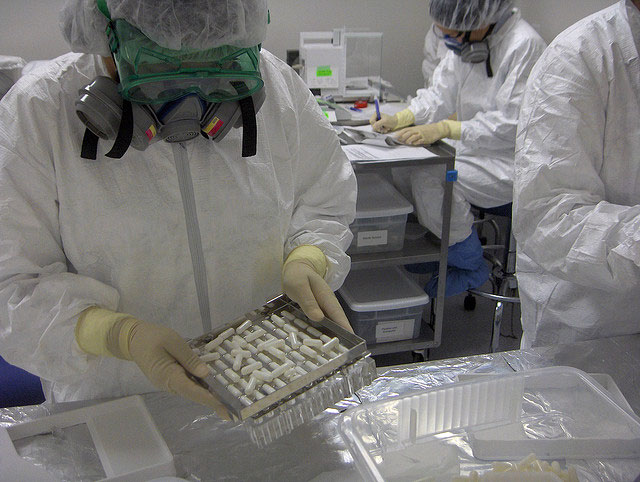 Efforts to increase the transparency and accessibility of clinical trial data kicked into a higher gear last week.

Some of the major stakeholders in these efforts emerged wearing white hats, while others had more shadowy motives revealed.

First, the good news: GlaxoSmithKline (GSK) announced, in the New England Journal of Medicine, that it has begun to release de-identified patient-level data from its clinical trials.

So far, 200 studies have been added to a new website, with another 200 coming by year’s end, according to the report. And there will be further updates beyond that.

Yes, you read that right. That’s the clanging irony of a drug company admonishing outside researchers to publish their results.

But GSK deserves a lot of credit. They’re taking a big step in the right direction.

“I think the GSK moves are hugely heartening,” said Dr. Ben Goldacre, one of the driving forces behind AllTrials, which is pushing for greater transparency in clinical trial reporting. GSK has signed on as a supporter of AllTrials.

Goldacre didn’t say so, but it’s likely he needed some cheering up after the other big revelation of the week: Two pharmaceutical industry trade groups have been recruiting patient groups to speak out against efforts to make clinical trial data more visible.

Ian Sample, science correspondent for The Guardian, got his hands on a memo leaked from a drug company employee. And it was a doozy.

His story outlines a strategy by the Pharmaceutical Research and Manufacturers of America (PhRMA) and European Federation of Pharmaceutical Industries and Associations (EFPIA) to get patient advocacy groups to speak against efforts to fully report clinical trials.

They can do this, Sample points out, because many of these groups “receive some or all of their funding from drugs companies …”

So what are the talking points? They’ve been asked to “… express concern about the risk to public health by non-scientific re-use of data.”

In other words, Sample writes, “that means patient groups go into bat for the industry by raising fears that if full results from drug trials are published, the information might be misinterpreted and cause a health scare.”

Yes, there it is again — the ring of irony.

“There is no historical experience on which to base the prediction that data sharing will lead to misleading analyses because we have never lived in a world in which detailed clinical trial data were shared,” said Peter Doshi, Ph.D., a postdoctoral fellow at Johns Hopkins University who recently proposed a model for how outside researchers can responsibly publish missing or misreported trial data.

“On the contrary, in our world of data secrecy, there are well-documented cases of trials being misreported in the scientific literature and leveraged for marketing purposes,” he said. “These are very disturbing examples of the non-scientific reuse of data.”

In a move that was perhaps as square-shouldered as its NEJM announcement, GSK quickly disavowed the campaign.

“This is not something we are doing. One of the reasons we’re involved in this is we want more companies to move towards greater transparency. I don’t think it’s for us to be mobilising patient groups to campaign on a negative level.”