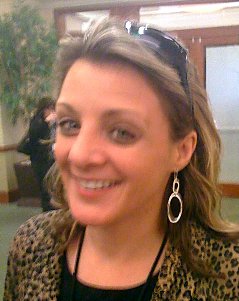 What has most impressed you about the conference so far?
I’ve been most impressed by the number of people in attendance. I didn’t know such a huge number specialized in health journalism. This certainly outpaced what I expected.

What was the most important thing you learned?
I was most heartened to learn that the issue of end-of-life care was included in the program. This was so nice to have in the conference – that is, having so much attention paid to it and learning that it was included in so many journalists’ beats.

What struck you as most surprising about the conference?
It was so interesting to hear from so many physicians that journalists play such a role in educating patients. It’s great to hear physicians say that.

What do you wish was included that wasn’t?
Professionally, I would have liked to find some people with like interests to meet and engage in conversation. I feel like there might have been a networking component that might have grouped people together by topic or geography.