JoAnne Young is a reporter at the Lincoln (Neb.) Journal Star. She is attending Health Journalism 2013 on an AHCJ-Rural Health Journalism Fellowship, which is supported by the Leona M. & Harry B. Helmsley Charitable Trust.

View all posts by JoAnne Young → 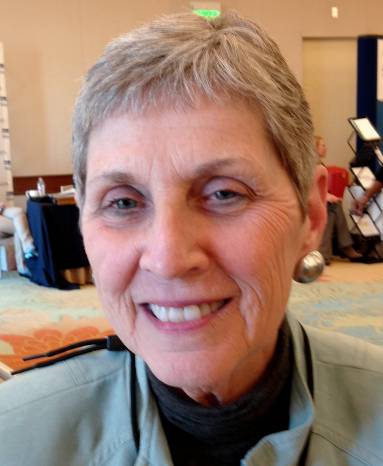 What do you do?
I teach humanities at Murray State University and work in the College of Education. I write a newspaper column for the Murray Ledger and Times, 24 years. In 2000, I worked with the public radio station in Murray to develop a documentary radio series on end-of-life issues. I also write about hospice, cancer and other health issues.

What session did you enjoy?
The one about coordinating senior care. I’m interested in those issues because our community was designated the No. 1 retirement community in the nation by Rand McNally years ago, and it often turns up on these retirement lists, and the population of our region is aging faster than the rest of the state.

Other sessions you can use?
The one on hospital ratings was also interesting to me. Our hospital is a non-profit community hospital, and it’s hard to tell what’s going on there. It laid off 22 people on Wednesday and about the same number in December. I’d like to understand that more.