John Lister, European web coordinator for AHCJ, has been a journalist for 35 years, specializing in reporting health policy in England. He is the author of "Health Policy Reform: Driving the Wrong Way?," a critique of market-style reforms, and "The NHS After 60: for Patients or Profits?," a critical history of the British National Health Service.

View all posts by John Lister →

The Turkish government has begun to select bids for the first of a “large number” of major hospital projects, estimated at $5 billion over the next five years.

The first is the Kayseri Health Campus, in central Turkey, to include a 1,300-bed general hospital, with 200 mental health beds and 100 high security forensic mental health beds, in a facility serving a city of almost 1 million people and a surrounding area with another 1.8 million. But the Turkish government has opted for a system of financing based on a model that is causing major problems for hospitals in the United Kingdom. 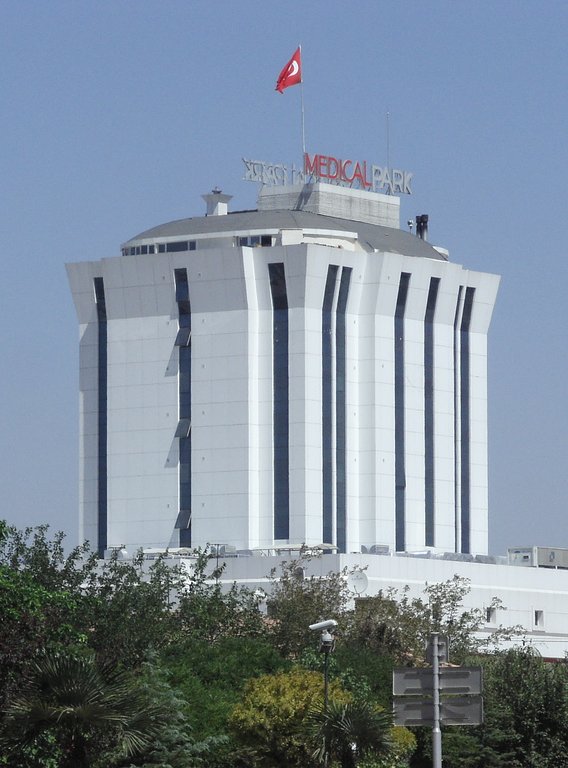 A hospital in Gaziantep, Turkey. (Photo by karpidis via Flickr)

The three-year Kayseri construction is expected to cost about $278m (€215m), to be financed over 25 years through a “Public-Private Partnership,” which will allow a private consortium to deliver a complete range of non-clinical support services such as car parking, a hotel, restaurants, a conference centre, pharmacy and taxi and transport services.

The financing of the project is explicitly based on “successful examples of similar programs in some European countries, in particular the UK” although it appears that the rosy picture of the British PPP/Private Finance Initiative scheme may be unrealistic.

In reality, the majority of PFI-financed hospitals have been in England, where hospitals worth a total of £11 billion have been built or are under construction, according to official Treasury figures. However, the lifetime costs add up to much more – a staggering £64 billion by the time the final “unitary charge” payments are made in 2039. The unitary charge is the combined rent and services fee paid to the private consortium that builds the hospital.  The government is not directly involved.

Payments begin as soon as the new hospital is brought into service, and increase each year, normally by 2.5 percent or by the rate of inflation, regardless of the income or resources of the hospital. This can mean that clinical services are cut, and expensive beds in the new building can be closed in order to pay the bills for the “unitary charge”, which includes an availability fee for use of the building and an additional fee for support services, which commonly account for around a third of the total.

Many of the larger hospital schemes completed in the past few years have been extremely expensive, incurring unitary charge payments of more than 10 percent of the hospital’s revenue, and triggering severe financial problems.

One 900-bed PFI-funded hospital in northeast London, the £230m Queen’s Hospital, operates with an entire floor unused because of the prohibitive cost of the contract.

In central east London the new £1 billion Barts & The London hospital project is under construction for completion by 2013, (and set to cost more than £5 billion over the lifetime of the contract) but already 230 of its 1,000 beds are earmarked for closure to reduce operating costs.

In Eastern England, one of the largest first-wave PFI-funded hospitals, the £159m Norfolk & Norwich University Hospital, has faced chronic financial problems since the building opened, compounded by the fact that the new hospital had 18 percent fewer beds than the hospitals it replaced, obliging the hospital management to divert ‘surplus’ elective patients to costly private hospitals at times of peak pressure.

Expert analysis shows that the hospital is paying out £19m a year extra because of the costs of PFI, compared with the comparable cost of government funding. Similar extra costs are causing problems in many of the other PFI-funded hospitals that number about one hundred.

A government-commissioned investigation of possible economies in England’s National Health Service drawn up last year by McKinsey’s suggested that big savings could be generated by renegotiating PFI finance deals, many of which were negotiated at times of relatively high interest rates, while official rates since the banking crisis have been much lower at about 0.5 percent.  The significance of this is even greater in Turkey, where interest rates and inflation are currently much higher than the UK, making PFI an even more expensive option for financing new investment over the long term.

The British experience of PFI/PPP presents a cautionary tale for the Turkish government and others considering this model.  The Kayseri scheme is the first in a series of Turkish projects: the next in line is a massive 3,000-bed scheme in Ankara-Bilkent, which has attracted a long list of potential bids from Turkish companies keen to make money from health infrastructure.

John Lister, European web coordinator for AHCJ, has been a journalist for 35 years, specializing in reporting health policy in England. He is the author of "Health Policy Reform: Driving the Wrong Way?," a critique of market-style reforms, and "The NHS After 60: for Patients or Profits?," a critical history of the British National Health Service.