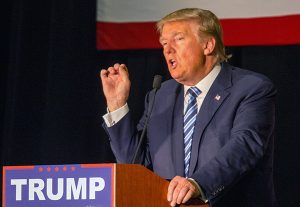 In particular, Parikh targets a Wall Street Journal opinion piece penned by three past AMA presidents. The trio attacks the public option and presses instead for malpractice reform.

Their refrain is familiar to anybody following the healthcare reform debate. The only problem is that it’s not true. There’s nothing “sure or quick” about changing medical liability laws that will improve healthcare or its costs. Defensive medicine adds very little to healthcare’s price tag, and rising malpractice premiums have had very little impact on access to care.

He then tackles, point by point, the most common arguments advanced by proponents of malpractice reform.

The San Francisco Chronicle‘s Victoria Colliver reports on how a discussion of a health reform-related push for medical malpractice reform can learn from California’s 34-year old law capping malpractice awards at $250,000.

First, the case against the cap: It’s too small (1975’s $250,000 is equal to about a million of today’s dollars) to make malpractice suits worth a lawyer’s while.

Critics object to the fact the $250,000 cap hasn’t been adjusted for inflation in 34 years . They also argue that because the law allows unlimited awards for economic losses, such as lost wages and ongoing medical costs, it discriminates against children and seniors, who have limited earnings if any, as well as against the families of those who died and did not have high medical costs.

“It’s economic suicide for a medical malpractice lawyer in the state of California to undertake too many or any cases that are capped at just 250,000,” said Erik Peterson, a San Francisco medical malpractice attorney who agreed to take on the Volkmuth’s case, even at a loss.

Cap proponents say the law helps keep costs down and to attract physicians to the state.

Supporters say the law has resulted in improved access to care for patients because it has persuaded doctors to stay in California without fear of skyrocketing insurance premiums.

Lisa Maas, executive director of Californians Allied for Patient Protection, pointed to her group’s research, which shows the average annual premium for a specialist in obstetrics and gynecology in Los Angeles was about $90,000 last year, compared to nearly $195,000 a year for the same specialist in Nassau and Suffolk counties of New York, a state without medical malpractice reforms.