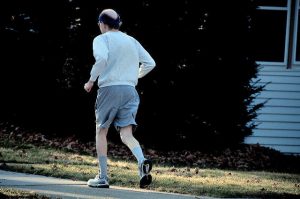 You know those ads on late-night radio or in the back of some magazines for testosterone replacement therapy? Hate to be the bearer of bad news, but for older men that’s no real path to a male fountain of youth.

Like it or not, low testosterone is a normal part of aging and “fixing” it can be risky. Despite some news reports on the benefits of testosterone replacement therapy, several recent studies show that the harms may outweigh benefits. END_OF_DOCUMENT_TOKEN_TO_BE_REPLACED 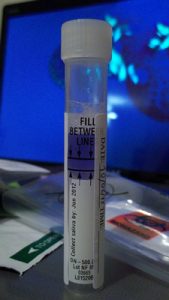 The mouth, former Surgeon General David Satcher once observed, is “a mirror for general health and well-being.”

For some of us, the mouth may also be a mirror of post-election reactions to victory and defeat.

Studies have shown that men’s testosterone levels rise and fall in response to winning and losing sporting events, chess matches and other interpersonal dominance contests. Researchers were interested in seeing if the same might hold true for the vicarious experience of watching one’s candidate win or lose in an election. END_OF_DOCUMENT_TOKEN_TO_BE_REPLACED

Without further ado, here are links to the three parts of the enormous (both in length and import) “Strong at Any Cost” series by The Star-Ledger‘s Amy Brittain and Mark Mueller. The headlines alone tell much of the story.

From a seemingly above-board practice in Jersey City, Colao frequently broke the law and his own oath by faking medical diagnoses to justify his prescriptions for the drugs, the investigation shows.
…
In just over a year, records show, at least 248 officers and firefighters from 53 agencies used Colao’s fraudulent practice to obtain muscle-building drugs, some of which have been linked to increased aggression, confusion and reckless behavior.

Six of them were later the subject of lawsuits “alleging excessive force or civil rights violations” that occurred around when they’d have been taking the drugs. Others were arrested for off-duty issues. For more on Colao’s medical excuses and his conflict-ridden relationship with the pharmacy that supplied his patients, be sure to read deeper in Brittain and Mueller’s meaty story.

Other must-reads are the “Warnings Ignored” subheading, which demonstrates the national scope of steroid abuse in the law enforcement community, and “About This Series,” in which the reporters explain how they conducted their investigation.

When it comes to sketchy medicine, female hormone therapies have company. According to reporter John Fauber of the Milwaukee Journal Sentinel, the fast-growing field of testosterone therapy is “based largely on iffy science, promotion, manipulation and conflicts of interest,” much of which originated at the University of Wisconsin.

Fauber found the questionable ties during an investigation of company-funded UW courses that count as continuing education credits for local physicians. Despite the lack of rigorous research into testosterone therapy’s effects, UW courses (with material created in part by drug company contractors and involving studies authored by doctors with drug company ties) and other like them have helped push testosterone therapies, especially Solvay’s AndroGel, to millions of American males. In his extensively researched piece, Fauber takes on not only local conflicts of interest, but also the male hormone replacement and anti-aging movement.