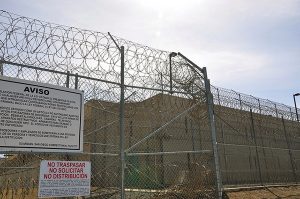 That is because virtually every public health expert says there isn’t any evidence that this is the case. END_OF_DOCUMENT_TOKEN_TO_BE_REPLACED 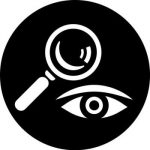 It is often used to track incidence of a disease, such as keeping up with where measles cases are during an outbreak or where remaining polio cases are in the attempt to eradication the disease. It’s also used to track prevalence, such as the total number of women living with breast cancer, or adverse events, such as tracking hospital-acquired infections or possible side effects from vaccines or drugs that the FDA has already licensed. END_OF_DOCUMENT_TOKEN_TO_BE_REPLACED 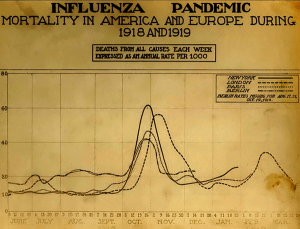 In February 1918, a Haskell County, Kan., paper, the Santa Fe Monitor, reported almost a dozen people were “quite sick” with pneumonia. At the time, the stories may not have seemed significant. Many people get sick in the winter.

Decades later, however, the stories became hugely important. The Monitor’s report helped disease detectives piece together the trail of the world’s greatest influenza pandemic and its epicenter, according to “The Great Influenza: The Epic Story of the Deadliest Plague in History” by author John Barry. The 1918 flu, which ultimately killed about 50 million people globally, likely began in Haskell County, where scientists think the deadly flu virus jumped between animals and humans and then to troops at a nearby army base readying to fight World War I.

Why this matters today was highlighted in a Stat story this week by Helen Branswell, “When Towns Lose Their Newspapers, Disease Detectives are Left Flying Blind.” END_OF_DOCUMENT_TOKEN_TO_BE_REPLACED