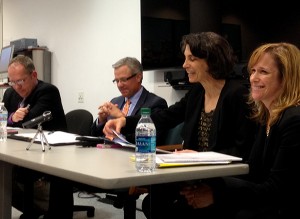 With Alliance for Health Reform’s Marilyn Serafini acting as moderator, the Chicago chapter of AHCJ gathered on May 13 for a panel discussion on “The outlook for health insurance subsidies.” END_OF_DOCUMENT_TOKEN_TO_BE_REPLACED

A key issue in King v. Burwell, the health care reform case argued before the Supreme Court in early March, is whether Congress intended to make certain subsidies available to eligible people across the country or only to those living in states that created their own health insurance exchange.

Sam Stein and colleagues at the Huffington Post filed public record requests with several key states, including some  in which prominent GOP governors did not establish exchanges. The reporters also reviewed records from the U.S. Department of Health and Human Services and more than 50,000 previously released emails from the Oklahoma governor’s office. The requests covered a period between the March 2010 passage of the Patient Protection and Affordable Care Act and August 2011, when the IRS ruled that the subsidies should be available in all states.

How much discussion did Stein find about the risk of losing subsidies? END_OF_DOCUMENT_TOKEN_TO_BE_REPLACED 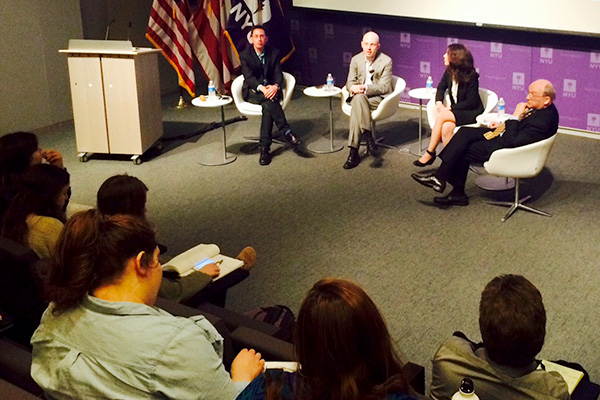 We’re assembling a tip sheet with more resources on the case, but here are some highlights from the event. END_OF_DOCUMENT_TOKEN_TO_BE_REPLACED

Ten days before the (expected) close of open enrollment, The Philadelphia Inquirer reported that the federal exchange’s window-shopping tool – the one that the administration encourages everyone to check before applying for Marketplace insurance – was using the wrong year’s poverty-level guidelines. Neither the Obama administration nor any health-care consultants or policy experts that reporter Don Sapatkin could find had noticed it and the site was corrected within hours after the story was posted.

In theory, almost anyone going on the site got slightly incorrect information for 35 days. Most seriously affected, however, were people just above the poverty line in states that have not expanded Medicaid. When they put their information into the tool, it responded: “Not eligible for help paying for coverage.” Many of them may have given up right there and not submitted the actual applications (which were using the correct poverty stats and were assessed correctly). It’s impossible to tell from the notification letter whether errors were made.

Read about how Sapatkin uncovered the error and what the response was from the Centers for Medicare and Medicaid Services. 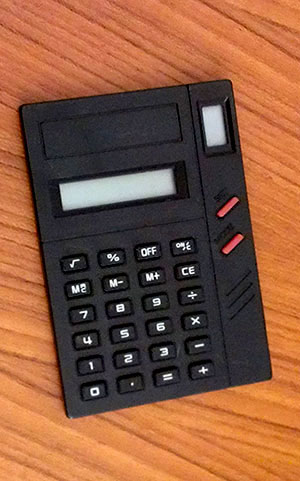 You have all probably gotten some emails about this website or that app that can give costs of various health plans in the new insurance exchanges. I’ve seen some that list plans county by county. People may be tempted by these easy tools because, on the surface, they look like a way around that pesky HealthCare.gov or some of the balkier state exchanges.

But there’s a problem. (There’s also a solution that I’ll get to, but keep reading.) The information on most of these plans is very general. And it’s “sticker” prices. Some don’t take into account the subsidies or other particular family circumstances. And that sticker price may produce enough “sticker shock” that people are scared off and don’t find out what they would actually pay, particularly if they are eligible for subsidies. Some of the calculators don’t include age, either, and that does affect what people will pay.

Nor do the calculators always produce the same estimated cost. I tried two different ones using the same information about a family I had spoken to in California. I got very different results – thousands of dollars different. Neither was close to what the family found when they did get on the California exchange. (In this case, the family’s costs did go up.)

The Arizona Republic did a consumer-focused story about the calculators in which they urged consumers to get on the real sites (which are – slowly – improving) and find out what the precise costs are for their unique family circumstances. END_OF_DOCUMENT_TOKEN_TO_BE_REPLACED