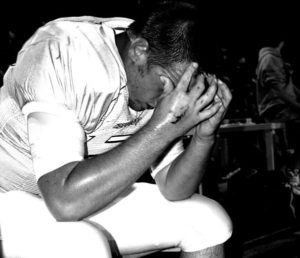 A few years after that, I wrote about a panel at the 2016 Health Journalism conference on sports concussions that highlighted some of the questions journalists need to consider when writing about this often contentious research. END_OF_DOCUMENT_TOKEN_TO_BE_REPLACED 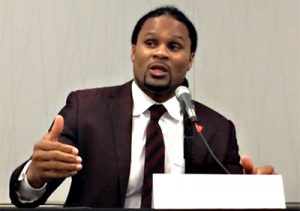 The recent movie “Concussion,” starring Will Smith, raised even more awareness of the sports side of the issue. The higher profile in the media about sports head injuries, specifically in football, was the focus of a well-attended panel, “Covering the Concussion Crisis: Research and Real Life,” at the Health Journalism 2016 conference last month. END_OF_DOCUMENT_TOKEN_TO_BE_REPLACED 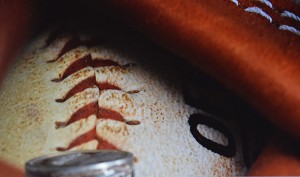 In fact, athletes are more likely to use smokeless tobacco than their non-athlete classmates, according to a recently published study. END_OF_DOCUMENT_TOKEN_TO_BE_REPLACED

With millions of school athletes headed back to playing fields across the country, protecting teeth from loss and damage should be on the minds of parents, coaches, teachers and players too.

He’s the team dentist for the Los Angeles Galaxy Major League Soccer team, for athletes at the University of California, Los Angeles, and is a consulting dentist for U.S. national and Olympic soccer teams.

A featured speaker at the recent annual meeting of the California Dental Association, Padilla shared his expertise with other dentists, and DrBicuspid.com assistant editor Therese Pablos, who caught up with him for an interview. END_OF_DOCUMENT_TOKEN_TO_BE_REPLACED 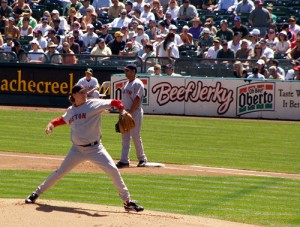 The Tennesean‘s Nate Rau becomes the leader in the clubhouse for 2012’s “most viscerally disquieting use of a verb” award after opening his youth sports concussions story with “The hit that sloshed 17-year-old Joseph Lascara’s brain.” The entire anecdote, much like the hit it describes, is well-timed and jarring, and Rau then follows through with a thorough investigation of Tennessee’s legislative approach to youth head injuries, or lack thereof.

The state’s athletic association has adopted limited concussion prevention and treatment regulations, but they do not apply to nonmember schools or independent youth sports organizations. Furthermore, Rau writes that efforts to pass statewide legislation “fizzled” this year, meaning that “Tennessee is now one of only 11 states, mostly in the Southeast, without a law,” even though “doctors who specialize in youth concussion care say the issue is urgent.”

The number of youth concussions treated at hospitals in Tennessee has increased 74 percent from 480 in 2007 to 834 in 2010, according to the state’s Traumatic Brain Injury Program, which functions as a resource for Tennesseans recovering from brain injuries. Those numbers do not include young athletes who were treated by their pediatricians instead of going to the emergency room.

Journalists looking to replicate Rau’s work would do well to note how he used public records requests to access the so-called “Return to Play” forms (required by many state and local concussion-prevention laws) which doctors must file before young athletes may return to the field. While some local counties couldn’t locate the forms, the 140 he did find indicated a somewhat inconsistent implementation.

The review showed that doctors are frequently clearing athletes to return to practice or competition without following the recommended guidelines that gradually ease players back into physical activity. Of the 156 athletes who visited a doctor with concussion-like symptoms, 57 were immediately cleared to return to play.