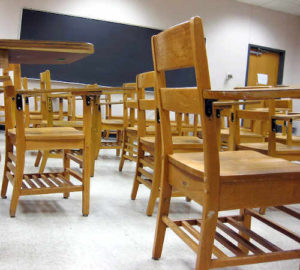 The mental health of students has been of particular concern during the COVID-19 pandemic, with some students more severely affected by the lockdowns and safety restrictions than others. Particularly impacted are youth enrolled in special education, a population already disproportionately beset by mental illness and school suspensions. END_OF_DOCUMENT_TOKEN_TO_BE_REPLACED

As you may have noticed, the much-anticipated nonprofit news site Texas Tribune launched today. From the start, the venture is including hard-hitting health news, leading with a data-driven story on the restraint of special education students in Texas schools and following through with a number of state-oriented health stories.

A quick examination of the lead story gives a few hints as to where Texas Tribune health coverage might be going:

Texas is one of four states that collects data on instances in which special education students are restrained, and Texas Tribune reporter Emily Ramshaw has taken advantage of that data to dig into the practice of restraining special education students in Texas and uncover illuminating statistics and a few distressing anecdotes. With the story, Ramshaw provides PDFs of a federal report and a simple pie chart of the data. The story’s arresting photos were contributed by a victim’s family.