It is likely that flu won’t be the only outbreak in 2018. Over the past year, there was an outbreak of yellow fever in Brazil, plague in Madagascar, cholera in Yemen and measles in Minnesota. While no one knows what else might occur in 2018, there is likely to be another infectious disease outbreak somewhere in the world in the coming year. END_OF_DOCUMENT_TOKEN_TO_BE_REPLACED 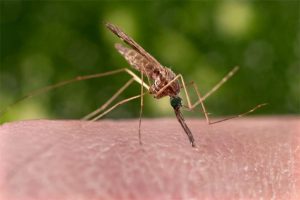 One year it was MERS. Last year it was Ebola. This year it’s Zika. Every winter it’s influenza.

Covering current and emerging infectious diseases is a mainstay of the health news beat because it touches every part of health care reporting, from policy to emergency preparedness to research to environmental health to hospitals to poverty and other social determinants and disparities. END_OF_DOCUMENT_TOKEN_TO_BE_REPLACED

McNeil provided his take on everything from what he packed to keep himself safe from SARS to his take on the accuracy of the movie “Contagion,” but his most relevant thoughts for AHCJ readers were in response to questions about sourcing and a journalist’s obligations in an outbreak situation.

GJ: What are some of the ways you, as a journalist, verify the information you receive, and where do you get that information?

McNeil: … it all depends on the disease. But generally, you get fairly accurate, careful information out of the Centers for Disease Control and Prevention in Atlanta and the World Health Organization (WHO) in Geneva. There are times when you aren’t happy with the information you are getting or the decisions they make, but most of the time, I think they are both extremely careful science-driven organizations.

GJ: In reporting on the potential danger of flu and warning people to stay vigilant, are you ever concerned that some reports from the media might cause panic among people?

McNeil: I don’t see my job as being a public health official; I see my job as a journalist. So my job is to tell the truth, and the truth is basically the one goddess I serve. Obviously, people care about this stuff, so in the same way another journalist who covers the White House wants to tell people accurately what the president did or didn’t do yesterday and what it means, I am trying to tell my audience how dangerous the virus is if it’s a virus, and how many people are killed, and what can be done about it. My job is telling the truth and getting the news out.