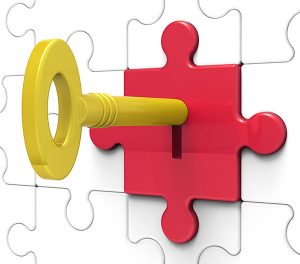 In Rhode Island, a judge ruled in favor of a journalist seeking evidence presented in the trial of a doctor now “serving four life sentences for his role in operating a pain management clinic like a ‘pill mill.'” The U.S. Drug Enforcement Administration had refused to release the records since journalist Phil Eil requested them after the trial ended in 2011. END_OF_DOCUMENT_TOKEN_TO_BE_REPLACED

The Providence Journal has published the final installment of The Price of Miracles (table of contents), a broad print and online explanatory effort spearheaded by AHCJ board member Felice Freyer. Freyer put the package together over the course of more than a year with the help of a fellowship from the Kaiser Family Foundation.

Freyer’s work was released in six chapters, each of which contained between three and six stories, as well as online components and photography. Chapter one presents both the wide view and an instructive and emotionally intense profile of a family facing the fate of their premature son. In subsequent chapters, Freyer takes an in-depth look at another specific case, considers disparities in premature birth, profiles the medical professionals who keep premature babies alive and ends on a hopeful note, examining advances in the care of premature babies and following up on the lives of some of the children profiled earlier in the package.

Here, Freyer explains how the massive effort came together, and how she found the time to put together a long-term project amid the daily pressures of a downsizing newsroom.

Each time we published in print, the latest story would be added to the online project. An unusual aspect of the project was the way we developed the online “container” to accommodate continuing additions. It took a few tries, but we finally came up with a design that would indicate that future stories were coming while clearly displaying what was already there. We also found ways to keep viewers anchored, aware of the options, and able to navigate among the many different parts without getting lost. We had many online-only features, including videos, slideshows, interactive graphics and “audio snippets,” in which readers could click to learn more in the voice of a person in the story.

Fellow reporters might be interested to know that I never had a block of time to do this, but worked on it while still covering my beat. In these times, I didn’t think I’d be allowed to go “off staff” for months on a project. So even while I was on the Kaiser fellowship, I continued to work at the Journal, setting aside one to three days each week for preemies. After the fellowship ended, I carved out time as I could to complete each chapter. (For example, there was a three and a half month gap between chapters 5 and 6 – because I was busy covering swine flu.) This project also involved a team of highly creative Web and visuals people who continued to work with me through some our paper’s toughest times, including two rounds of layoffs.