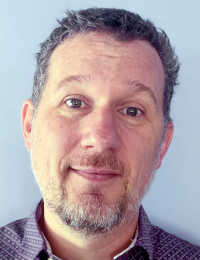 Sisson said the typical email channels he used to contact the health system’s public affairs officers, its CEO and other sources were offline, and the hospital was limited in what it could confirm, forcing him to call on sources and skills cultivated during some 20 years of reporting. Despite Sisson’s experience, it was his first time covering a ransomware attack. He has compiled the lessons learned into a new tip sheet, which has been added to the Health IT Core Topic section of AHCJ’s website. END_OF_DOCUMENT_TOKEN_TO_BE_REPLACED

You’ve probably heard (or even written about) recent ransomware attacks on hospitals. The FBI warned hospitals several days ago of the likelihood of attacks with the Ryuk ransomware and, sure enough, numerous hospitals have been hit, forcing some to resort to paper, the last thing they need with COVID-19 cases again spiking. Others have shut down email.

The Russian hackers behind the attacks are asking for thousands or even hundreds of thousands of dollars in the form of bitcoin and with, hospitals facing the third wave of the pandemic, they expect to get it. END_OF_DOCUMENT_TOKEN_TO_BE_REPLACED 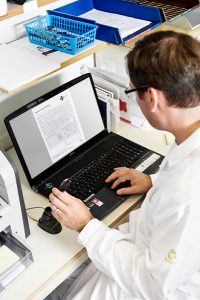 Melanie Evans has been covering hospitals for many years, including for Modern Healthcare and now The Wall Street Journal. But she was not an expert on cybersecurity when the WannaCry ransomware cryptoworm began making its way through computer systems across the globe in May.

Evans eventually found a great and largely uncovered story about cyberattacks and the lack of public reporting disclosures at hospitals: “Why some of the worst cyberattacks in health care go unreported.” END_OF_DOCUMENT_TOKEN_TO_BE_REPLACED

The cyberattack that hit British hospitals and hundreds of other organizations in more than 100 countries last week continues to unfold and has been called unprecedented in its scope.