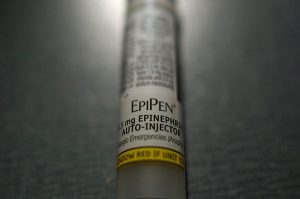 Mylan’s price hike for its EpiPen allergy medication fueled an Internet storm this week, with consumers and U.S. legislators expressing outrage over its decision to raise the price about 400% since 2007 to as much as $500 or more. The backlash appeared tied in part to timing as U.S. children head back to school, with parents of those needing EpiPens to treat allergic reactions coming to grips with the hefty price tag.

The incident brought echoes of another drug price hike – the 2015 increase by Turing Pharmaceutical’s malaria and HIV medicine Darapim, another move that brought scrutiny by the House Oversight and Government Reform Committee of the company’s chief executive officer. END_OF_DOCUMENT_TOKEN_TO_BE_REPLACED 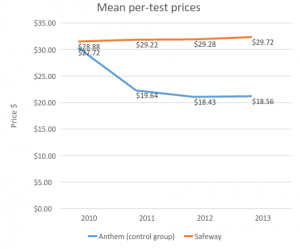 When Safeway, a grocery store chain, introduced reference pricing for the most commonly used clinical laboratory tests, spending on those tests dropped by 32 percent over three years, according to a recent study.

Using reference pricing, Safeway saved $2.57 million over the three years of the study (2011 to 2013). Of that amount, $1.05 million (41 percent) went back into consumers’ pockets, and the remaining $1.70 million accrued to Safeway, the study showed. Also, reference pricing led to a 32 percent drop in the average price that consumers paid for 285 different lab tests.

The researchers concluded that reference pricing can lead to savings for employers, workers and family members. JAMA Internal Medicine published the study online on July 25. END_OF_DOCUMENT_TOKEN_TO_BE_REPLACED 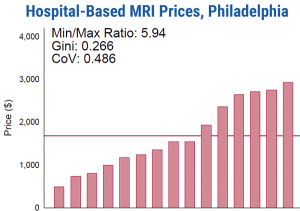 It’s no secret that health care prices nationwide vary widely from one market to the next, and even within individual markets. A panel on hospital mergers during AHCJ’s Health Journalism 2016 conference in Cleveland will examine the many factors driving these variations in hospital prices. We’ll also discuss how consumers can shop more effectively for the lowest-priced care.

The session, “Merger mania of health providers and the rise of dominant and potential monopolies,” will be 4:40-6 p.m. on Saturday, April 9. END_OF_DOCUMENT_TOKEN_TO_BE_REPLACED 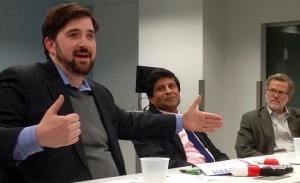 What does it all mean? Until recently, “there’s been an equilibrium in the public mind between a free market regimen of the market setting prices and what the public and payers are willing to pay,” said independent journalist Duncan Moore,  “but there are indications this informal tradeoff has begun to swing out of control.” END_OF_DOCUMENT_TOKEN_TO_BE_REPLACED

New research finds that changing retail prices for generic drugs could hit some consumers hard, while others may benefit from steep drops.  An joint analysis by AARP and the PRIME Institute at the University of Minnesota found that 11 widely used generic drugs had seen price increases greater than 30 percent, and two — both anti-infectives — had price increases exceeding 1,000 percent  in 2013.

At the same time, 203 of 280 drugs in the study’s “basket” of widely used generic prescription drugs by older Americans (including Medicare beneficiaries) experienced a price decrease, with some costs dropping by nearly one-third. END_OF_DOCUMENT_TOKEN_TO_BE_REPLACED

The post we did on Clear Health Costs got a lot of positive reaction so we asked the team involved in a John S. and James L. Knight Foundation-funded project involving two California public radio stations and the cost-tracking group to tell you more about it in their own words.

In the tip sheet, Lisa Aliferis of KQED, Rebecca Plevin from SCPR and Jeanne Pinder of clearhealthcosts.comgive you a glimpse under thehood of health care costs. “Health care costs both lack transparency and are wildly variable, not just from region to region but sometimes from block to block within the same city,” they begin.

They explain a few basics: what you pay, what insurers pay, what providers are paid, and what almost no one (except some of the uninsured) pays – the Chargemaster price.  Even if you can’t build a data collection project, you can write about the variability in your community. “Put a human face on these dollar figures. Talk to people who have felt burned by the cost of a medical procedure, or confused by a huge bill. “ You might be able to find a handful of people who have had the same procedure in the same place – or the same procedure at two facilities just blocks apart in a city, or in adjacent counties in a more rural setting – and find how their experiences differed.

The “How I Did It” article by Lisa Pickoff-White, senior news interactive producer, KQED; Joel Withrow, product manager, KPCC/SCPR; and Pinder is more nitty-gritty. Your organization may not be able to do something on this scale, but it’s still worth a read to see how they approached it, what worked, and what tools they used (not just on the technical side – see the bottom of the post for other project management and collaboration tools). Facing an eight-week deadline they had to coordinate a far-flung team of journalists, data crunchers and developers scattered in Los Angeles, San Francisco, New York, Bialystok, Kiev and Tahiti. (yes, Ukraine and Tahiti.)