There’s a big focus these days on cybersecurity in health care, and rightly so, with the frequency and cost of data breaches.

But what about the legal trade in patient data?

Adam Tanner, a former Reuters reporter and now writer in residence at Harvard University’s Institute for Quantitative Social Science, has a new book out on the lucrative patient data industry. END_OF_DOCUMENT_TOKEN_TO_BE_REPLACED 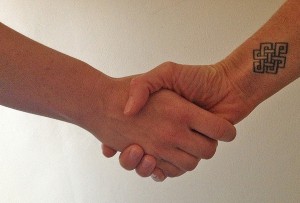 Where would journalists be without good tips?

It wasn’t long after the AHCJ website increased its focus on LGBT health issues, as part of its core topic section on social determinants of health, that a tip floated in with kudos for some pieces that Lisa Esposito of U.S. News & World Report had written on the issue (notably, the tip was from one of her editors). END_OF_DOCUMENT_TOKEN_TO_BE_REPLACED 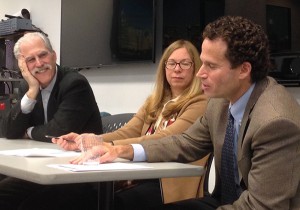 If you’ve read Dr. Lisa Sanders’ “Diagnosis” column in The New York Times Magazine, you know the process of identifying a patient’s problem can be fraught with opportunities for error. You also know diagnosis is rich territory for dramatic storytelling.

For health care journalists, it’s a great time to write about the topic. Errors in diagnosis are receiving new attention because of the recently released Institute of Medicine report “Improving Diagnosis in Health Care.” It’s part of the landmark “Quality Chasm Series” that produced the “To Err is Human” report in 2000 and the “Crossing the Quality Chasm” report in 2001. END_OF_DOCUMENT_TOKEN_TO_BE_REPLACED

As senior quality editor for HealthLeaders Media for more than six years, Cheryl Clark wrote more than 1,300 stories about hospitals’ efforts to improve quality and safety and related issues.

The story she wrote for the June 2014 issue of HealthLeaders’ print magazine, on how U.S. hospitals are improving recognition and treatment of sepsis — which is diagnosed in 750,000 patients a year and kills 40 percent — won the 2015 National Institute of Health Care Management prize in the trade print category. They said the story was “most likely to save a life.”

In a new article for AHCJ, she explains how she did her reporting, despite a lack of data and sources who didn’t want to talk. Read more. 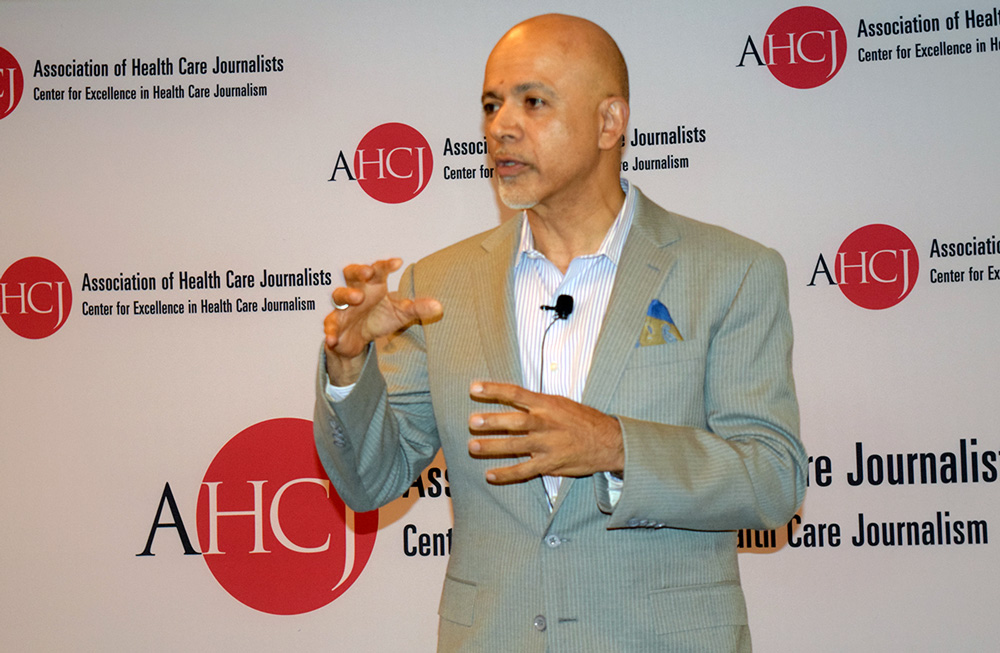 I used to be a Verghese virgin. I’d dipped into some of the Stanford physician’s New Yorker stories and read a few of his book reviews, but I hadn’t curled up with his nonfiction books that deal with medical care –“My Own Country” or “The Tennis Partner” – or, for that matter, his novels.

So I came to his speech on Thursday night at the Health Journalism 2015 kickoff session not knowing what to expect. END_OF_DOCUMENT_TOKEN_TO_BE_REPLACED

After joining a panel on media, ethics and trauma at the Anxiety Disorders Association of America’s annual conference, New Orleans Times Picayune reporter John Pope found himself questioning the sourcing practices he’d developed and followed during almost 20 years on the health beat.

As he writes for the Dart Center for Journalism & Trauma, he had no idea of the legion of ethical dilemmas each time he, like countless other health journalists around the country, simply called a specialist in a relevant field and asked for help finding patients who would be willing to talk.

At the panel, Pope suddenly found himself confronted with the questions his innocent requests were raising on the other end of the line. I’ve reproduced his list below, as it’s pretty thought-provoking material.

They are questions that defy easy answers. Many physicians assembled even said that they viewed allowing a patient to speak to a reporter as “unethical in all circumstances.” Nevertheless, a few folks provided suggestions such as posting solicitations for sources in waiting rooms, thus allowing reporters to bypass the doctor-patient relationship, or perhaps asking physicians to maintain source lists of willing and qualified patients.

Neither seems practical or satisfactory on deadline, and in the end their may really be no solution other than Pope’s own, that physicians and reporters form long-term relationships and build the sort of trust necessary in delicate situations.