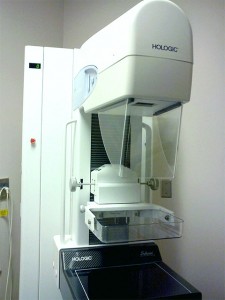 Medicare reimburses for cancer and other screenings as part of routine care for older adults. Of course, the goal is to catch diseases in their earliest, most treatable stages. But can preventive care become too much of a good thing?

For years, evidence has grown about wasted Medicare dollars on needless screenings. The Center for Public Integrity found that 40 percent of Medicare spending on common cancer screenings are unnecessary – costing billions of taxpayer dollars. END_OF_DOCUMENT_TOKEN_TO_BE_REPLACED

The AP’s Lauran Neergaard has taken on medical overtreatment in America in the first two parts of a six-part series, both of which eschew the cost angle in favor of a more purely clinical discussion. (updated link here)

In the first installment, she focuses on the medical consequences of overtreatment, which include radiation exposure and complications. She looks at every stage of life, from cesarean births to unnecessary and painful cardiac tests performed on dying patients. In the second piece, she takes on one of the most notorious sectors of overtreatment: back surgery. Back pain is notoriously complicated, and surgeries are on the rise despite little evidence that they’re necessary or effective.

“The way medicine is so Star-Treky these days, they believe something can be done,” said Dr. Charles Rosen, a spine surgeon at the University of California, Irvine.

The reality is that time often is the best antidote. Most people will experience back pain at some point, but up to 90 percent will heal on their own within weeks. In fact, for run-of-the-mill cases, doctors aren’t even supposed to do an X-ray or MRI unless the pain lingers for a month to six weeks.

In Reader’s Digest, Shannon Brownlee reports that while the American Cancer Society and federal government still push regular cancer screenings, “a growing group of scientific heretics – published in highly respected medical journals, working at some of the most august institutions – strongly believe that it’s time to rethink our whole approach.”

(Some researchers) say that yearly mammograms are not nearly as effective at reducing the risk of dying of breast cancer as most women think, and that mammography leads many women to get unnecessary treatment – especially those diagnosed with DCIS [ductal carcinoma in situ]. The problem is bigger than just mammography: They say the prostate-specific antigen (PSA) test may do men more harm than good if they don’t already have symptoms of prostate cancer. And they have similarly grim things to say about other widely used cancer screening tests.

Experts that Brownlee interviewed say that screening catches tumors that would never cause major problems but not so effective at catching the more deadly, fast-growing kinds of cancer. Only a small percentage of all cancers that occur are fatal, and some cancers disappear on their own, Brownlee reports.

Brownlee also answers reader questions directly and has talked to AHCJ about her book, Overtreated.