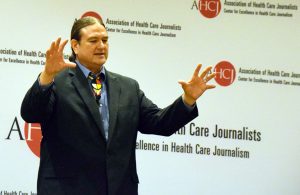 The conference kicked off with an engrossing and sometimes startling presentation about health in the Native American population. END_OF_DOCUMENT_TOKEN_TO_BE_REPLACED 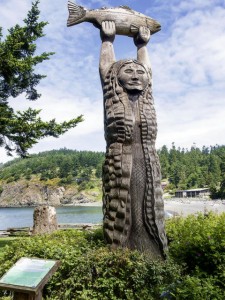 Photo: Dana via FlickrThe Swinomish Indian Tribal Community defends its recent hiring of a dental therapist as an act of tribal sovereignty, despite continued resistance from the dental community.

A recent news package in the Seattle Times detailed the challenges faced by poor Medicaid patients in seeking dental care.

Now members of the newspaper’s editorial board are calling for reforms they say would improve access to dental services in the state.

“Too many of Washington’s residents insured by Medicaid are not able to get the dental care they need, which endangers their general health as well,” they wrote in the editorial.

“Two simple things should be considered to improve the situation. The state could explore licensing dental therapists, who can provide limited basic services at a much lower cost than dentists,” the editors noted. “The other is to begin increasing Medicaid reimbursement rates, at least for certain patients, especially those at risk for costly health complications.” END_OF_DOCUMENT_TOKEN_TO_BE_REPLACED 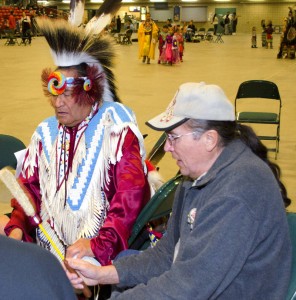 A unique outreach program is helping elders of the Lakota nation to address issues of palliative and end of life care among residents of reservations throughout South Dakota. The program incorporates culturally appropriate language and uses peer educators to promote advance care planning and wills.

When Mary Isaacson, an assistant nursing professor at South Dakota State University, began exploring the issue with older adults from the Pine Ridge reservation in 2014, she found an overwhelming need for education and materials. Within a year, Pine Ridge elders Patricia Catches The Enemy, Valaria Red Cloud and Garfield Apple collaborated with Isaacson to develop a Lakota-specific advanced directive brochure and received training to be advance directive coaches. While attending events, such as powwows and flea markets, and visiting community centers where elder meals are served, they hope to start conversations about advanced care planning and wills. END_OF_DOCUMENT_TOKEN_TO_BE_REPLACED

Death rates among native Americans are high and climbing for men, women and infants, Vanessa Ho reported in the Seattle Post-Intelligencer. Ho found that “the downward drift, which reflects national trends, stems from entrenched health disparities exacerbated by years of inadequate funding.”

A recent state Department of Health report showed that the march against cancer, heart disease and infant mortality has largely bypassed Native Americans. In 2006, the latest year studied, Native American men were dying at the highest rate of all people, with little change since the early ’90s. Their life expectancy was 71, the lowest age of all men, and six years lower than that of white men.

The news was just as grim for Native American women. Their death rate had surged by 20 percent in a 15-year period, while the overall death rate had decreased by 17 percent.

But the starkest health disparity was among babies. Native American babies were dying at a rate 44 percent higher than a decade ago, while the overall rate of infant deaths had declined.

Ho discovered that tribes are running out of annual health-care money sooner than ever, and that lack of preventative medicine and poor dietary habits have only exacerbated health problems among Native Americans.