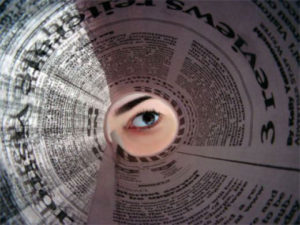 How much does the way you cover a study matter? If we judge that question on the basis of how your coverage might influence a reader’s opinion about a treatment’s benefit, it matters quite a bit, suggest the results of a recent study in BMC Medicine that examined spin in news stories about clinical studies.

In short, news articles that included spin in their coverage of a study about a particular treatment were more likely to leave readers with a positive impression of the treatment’s benefit.

END_OF_DOCUMENT_TOKEN_TO_BE_REPLACED 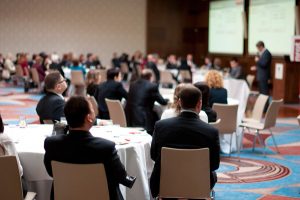 The high-profile event is known for generating business news in the biotech, health insurance and hospital sectors. The CEOs of most major health care companies present at the conference. And there’s always a megawatt keynote speaker. (This year it was Bill Gates). END_OF_DOCUMENT_TOKEN_TO_BE_REPLACED

Several months ago, Ray Kerins, a top Pfizer public relations exec, bemoaned the perception of the pharmaceutical industry in a speech that was widely viewed on the Internet. Here’s what he said:

“When we’re dealing with the media, I see a problem. If we’re not willing to engage, we only have ourselves to blame. I blame myself and those of us in the industry for the bad reputation the pharmaceutical industry has. We develop life-saving medicines that you take, that will prolong your life, that will help cure certain diseases. How in the hell do we have such a bad reputation? It makes no sense.”

He then disclosed that, prior to his arrival at Pfizer, the PR team routinely ignored initial media calls.

Of course, such policies only contributed to a larger problem – the growing debate over pricing, promotional practices and safety concerns that have been at the center of several controversies over the past few years. From ghostwritten journal articles and hidden clinical trial data to surreptitious funding of advocacy groups and senior citizens unable to afford their meds, the pharmaceutical industry has found itself on the defensive. The tales have played out in court, at congressional hearings and in the media.

But does the media really have it right? Are drug makers, basically, well-behaved entities, not counting some regrettable lapses? Or does the pharmaceutical industry hide behind its right to make profits as an excuse for failing to adopt more palatable business practices?

To explore the issue, the 6th World Conference of Science Journalists next month will hold a panel discussion at its conference in the UK on whether the industry’s image reflects the reality of self-inflicted wounds or the trumped-up product of journalists who are seeking a villain. Does that sound familiar? It should to our regular readers — a similar panel is planned in November in Monaco at the annual meeting of the International Forum on Mood and Anxiety Disorders.

And the panel has some interesting members: Vera Hassner Sharav, a consumer activist and industry critics who runs the Alliance for Human Research Protection; John Ilman, a former journalist at various UK papers who now runs a pr crisis management firm that serves, in part, drugmakers; Michael Rawlins, the chairman of the UK’s National Institute of Health & Clinical Excellence, which is famous for rejecting government coverage of certain meds due to cost; and Paul Stoffels, who oversees global research and development for Johnson & Johnson.

Is there a wanton witch hunt against academic experts by the media? That’s what a panel will explore this coming November in Monaco at the annual meeting of the International Forum on Mood and Anxiety Disorders, a European-based organization that convenes to discuss the latest psychiatric trends.

The brochure, which you can peruse here (if prompted for a password, just use AHCJ), and Web site offer precious little information about the scheduled discussion. However, the specter of a media witch hunt is being raised, not so coincidentally, after months of sustained headlines in the U.S. about a probe by the Senate Finance Committee into conflicts of interest involving academics who accept NIH grants and fees from the pharmaceutical industry.

At issue is the extent to which payments are properly disclosed and monitored. The ongoing investigation has focused on several high-profile psychiatrists, including Harvard University’s Joseph Biederman, Brown University’s Martin Keller, Emory University’s Charles Nemeroff and Stanford University’s Alan Schatzberg. In fact, Schatzberg is listed one of the forum’s scientific advisers.

Since the probe began, Nemeroff stepped down as chair of his psychiatry department and the NIH suspended a grant; Keller is vacating his post as Brown psychiatry chair and Schatzberg resigned as lead investigator of an NIH grant and Stanford is searching for a new psychiatry chair, although his pending departure is unrelated to the probe, according to Stanford. Meanwhile, the NIH changed research heads and the American Psychiatric Association, which Grassley also targeted, is phasing out industry-supported symposia and meals.

Why does this group think a witch hunt may be under way? Will they address the issue of conflicts of interest? Why is there no one from the media or Grassley’s staff invited to speak? The group’s public relations person begged off in response to a note and the organization itself has yet to respond.