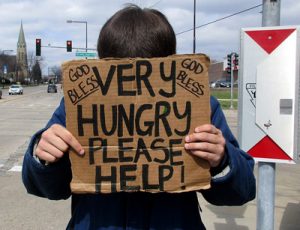 More and more states are offering Medicaid managed care, with more than half of all Medicaid beneficiaries now receiving their care this way, according to the Kaiser Family Foundation.

And it’s growing, not only in numbers of people served and the areas it serves, but also the complexity of beneficiaries’ health statuses. END_OF_DOCUMENT_TOKEN_TO_BE_REPLACED

Christopher Weaver at Kaiser Health News has done two stories recently on new care models driven by insurers eager to save money. Both stories lay out issues that AHCJ members can examine in their own communities, particularly regarding the influence insurers will have over health care delivery and how it differs – or does not differ – from the HMOs of the 1990s.

The first story, in May,  (Health Insurers Opening Their Own Clinics To Trim Costs) was about insurers (specifically Medicare Advantage plans)  opening clinics to treat some of their patients that need a lot of health care, and tend to get it in costly (to the insurer) as well as unpleasant (to the patient) places like emergency departments.  Giving high-needs patients easy access to care in a clinic – which one could think of broadly as a type of “medical home” – can give them continuity of care, avoid health crises, and cost less money in a closed system where the insurer can shape the payment incentives and share in savings.

The second, more recent, story (Managed Care  Enters the Exam Room as Insurers Buy Doctor Groups) reported on a trend that isn’t getting too much attention. Big insurers are buying up physician medical groups, or launching physician management companies. Weaver wrote that it’s “part of a strategy to curb rising health costs that could cut into profits and to weather new challenges to their business arising from the federal health law.”

As Weaver and other reporters have noted, more doctors are giving up solo and small practices in favor of large groups, multi-specialty groups, or staff positions at hospitals. (This Washington Post piece looked at the related trend of hospitals hiring primary care physicians.) Many health policy experts believe the trend toward larger groups and more integrated practices will help reduce fragmentation and duplication, saving money and improving quality.

But what happens when the insurers control the purse strings?  Weaver wrote:

“The doctors, at the end of the day, control the patients and currently [in the regular fee for service system, not this insurer-owned model] they’re financially incentivized to do more tests, more procedures,” said Chris Rigg, a Wall Street analyst for Susquehanna Financial Group. “But, if they’re employed by a managed care company, they’re financially incentivized” to do less.

That thought unnerves consumer advocate Anthony Wright of Health Access in Sacramento, Calif., who worries profit pressure could affect care decisions. But Wright also said there may be upsides to more tightly managed care: “No patient wants to get more procedures than they actually need.”

So that’s the dilemma. Will these insurer-owned and operated systems be curbing costs by getting rid of the unnecessary, wasteful and sometimes harmful care, or will they skimp on care? If they formally become Accountable Care Organizations under Medicare, they will have to be accountable for not only the cost but the quality, in defined and measurable ways. But if they are just slapping an “accountability” label on themselves, it’s less clear who they are accountable to, and what they are accountable for.  It’s not a given that it will be a reprise of the HMOs.

The business environment – purchasers of insurance wanting quality and value – is different than the 1990s. State-based exchanges starting in 2014 may be able to inject more accountability into the system. Medicare and Medicaid as well as state governments are doing more on quality measurements, value-based purchasing etc.  But it’s not clear exactly how all that will play out in the insurer-driven model and whether consumers will resist in ways reminiscent of the managed care backlash 10 or 15 years ago.

“There’s a gigantic Murphy’s law emerging here,” Weaver quoted a health care consultant as saying.  “The very people who were the demons in all of this, that the public can’t stand” – managed-care firms – “are the big winners.”