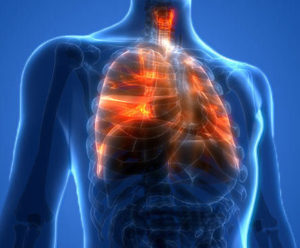 Vitamin E acetate, a common additive to dietary supplements and cosmetics, has been identified as a likely culprit in a national outbreak of deaths and serious illnesses traced to vaping.

Researchers tested fluid samples from the lungs of 29 patients with e-cigarette- or vaping-associated lung injury (EVALI) that were submitted to the Centers for Disease Control and Prevention (CDC). END_OF_DOCUMENT_TOKEN_TO_BE_REPLACED 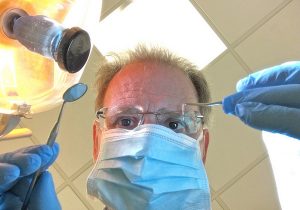 In a recent piece for the Virginian-Pilot, reporter Elizabeth Simpson told the story of a local dentist whose hunch about his rare illness helped reveal a troubling disease cluster among fellow dental professionals.

It was four years ago that Virginia Beach dentist Robert Pellerin was diagnosed with idiopathic pulmonary fibrosis (IPF), a mysterious and incurable ailment that scars and hardens the tissues of the lungs. END_OF_DOCUMENT_TOKEN_TO_BE_REPLACED

Like the United States, most European nations face an increasingly aging population, with more elderly living in some type of long-term care facility or nursing home. A new study in the March 12 online issue of the European Respiratory Journal indicates that indoor air quality in these nursing homes has a serious effect on the lung health of elderly residents.

The research describes the negative effects of poor air quality in nursing homes across several countries. U.S. journalists may want to use this study as background to investigate similar issues at nursing homes in their communities.

Ken Ward Jr., writing on the Charleston (W.Va.) Gazette‘s Coal Tattoo blog, notes that black lung disease is once again on the rise in Appalachian coal country, and has been steadily climbing since the late ’90s.

Ward notes that a federal appeals court has shut down a miner’s attempt to get it to force tighter coal dust regulations upon the U.S. Mine Safety and Health Administration, and says the onus is now upon the MSHA to curb the black lung comeback.

According to the administration, it may take until 2011 to write new regulations and Obama’s nominee to lead the MSHA, union veteran Joe Main, has not yet been confirmed by the Senate.