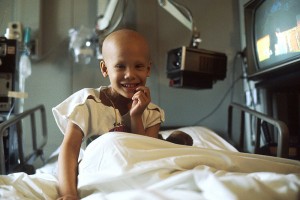 The public radio show “On the Media” recently devoted its entire hour to an insightful and poignant episode on cancer and how we talk about it, simply and appropriately named “The Cancer Show.”

It actually first aired in March as the first of a two-part series (part two is here), but I missed it, so I’m grateful for the October rerun.

Unlike most episodes, this one did not focus on a particular recent story or even on several recent stories in the news. Rather, producers took a big picture approach that every journalist who might ever write about cancer should listen to. END_OF_DOCUMENT_TOKEN_TO_BE_REPLACED

AHCJ member Sabrina Rubin Erdely won a 2010 Clarion Award [press release] from the Association for Women in Communications for her piece in Self magazine about bone marrow donation. The award also cites AHCJ member Sara Austin, who is the magazines features director, news and health.

The story, of a bone marrow donor meeting the young woman whose life she helped save, is an arresting one, but the piece’s real strength is its focus on the mechanics of such donations. From the unlikely match to the surprisingly non-invasive extraction, Erdely uses the women’s story to demystify an otherwise intimidating process.

The piece is filled with moments like this, which cause less informed readers (like myself), to read the paragraph again just to make sure we’re understanding it right.

Say the words bone marrow transplant to anyone and the first reaction is probably a wince. “People imagine drilling through bone and pain and a long recovery,” says Katharina Harf, executive vice president and cofounder of the donor-recruitment organization DKMS Americas in New York City. In fact, nearly three quarters of so-called bone marrow donations involve no removal whatsoever of bone marrow—they’re done by extracting blood stem cells intravenously from the arm, like giving plasma. (Some doctors now prefer the term “stem cell transplant,” because both marrow and blood house these vital cells.)

At ProPublica, Joaquin Sapien tells the story of how Louisiana Republican Sen. David Vitter successfully obstructed the FDA’s attempts to get formaldehyde, which has been linked to leukemia, as a known carcinogen. Right now, it’s still listed as “probable.” The industry’s favorite tool, and the one Vitter employed for them in this case, was to force the EPA into conducting yet another costly, time-consuming study.

The EPA’s chemical risk assessments are crucial to protecting the public’s health because they are the government’s most comprehensive analysis of the dangers the chemicals present and are used as the scientific foundation for state and federal regulations. But it usually takes years or even decades to get an assessment done, or to revise one that is outdated. Often the industry spends millions on lobbying and on scientific studies that counter the government’s conclusions.

Sapien’s history of Sen. Vitter’s stonewalling, as well as his ties to the formadehyde industry, are an excellent example of just how difficult it has been for the EPA to upgrade key risk assessments.

Sapien’s story is well worth reading, but those looking for an overview can also refer to his excellent timeline, that goes from the EPA’s first health assessment in 1989 to Vitter’s demand that an assessment of the chemical be reviewed by the National Academy and his subsequent block of an EPA nomination late last year.