Spurred to action after the Protecting the Right to Organize (PRO) Act passed the House on Feb. 6, a group of freelance writers created a website, Twitter and Facebook group for Fight for Freelancers USA — and they want every type of independent contractor to join the fight. 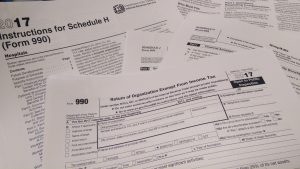 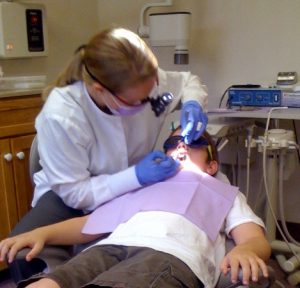 Oral health advocates are applauding a recently proposed federal rule they say would remove a significant financial barrier many parents face when shopping for affordable dental benefits for their children on health insurance marketplaces.

A rule change filed last month by the Internal Revenue Service (IRS) would adjust how premium tax credits are calculated to better ensure the credits can apply to stand-alone pediatric dental coverage purchased on exchanges. END_OF_DOCUMENT_TOKEN_TO_BE_REPLACED

When I first started covering health care, I thought that a nonprofit hospital was one that didn’t make any money. It took longer than I should probably admit to come to understand that nonprofit/nonprofit status isn’t about making money. It’s mostly about paying taxes.

What they don’t do is pay taxes. Nonprofits are supposed to be mission-driven. In exchange for serving their community, they get the tax exemption.

One little-known element of the health care reform law – which I highlighted in my first tip sheet on the anniversary of the law’s passage – sets new rules for nonprofits. They are required to assess community needs, and inform patients of charity policies. Some lawmakers, notably Sen. Chuck Grassley, an Iowa Republican, want tougher rules and oversight. The goal is to make sure they are providing enough service to the community to justify the tax break.

States, which make their own determination on who is exempt, may follow suit; in fact, Illinois just denied property tax exemptions to three hospitals.

As a report from the Hastings Center said, “A 2007 Internal Revenue Service report stated that about half of nonprofit hospitals spent 3 percent or less of revenues on charity care. Nowadays, hospitals are bringing in large amounts of money, paying their CEOs record amounts of compensation, and engaging in aggressive debt recovery actions.” Many of the hospitals use “sticker” prices to value their charity care, even though that’s not what the hospital gets from most patients.

In Georgia, the hospitals get millions in tax breaks. Nationally, the latest number I saw was $13 billion for federal taxes, and that doesn’t count state and local tax breaks. Pell explains:

Residents pay more in taxes because these hospitals are exempt. In exchange, taxpayer-subsidized hospitals are expected to provide charitable services – “a community benefit.”

But Georgia, like 35 other states, has no specific requirements hospitals must meet to justify these tax breaks.

And an Atlanta Journal-Constitution analysis of hospital data reveals that some not-for-profit hospitals provide less in community benefits – specifically, charity health care for the poor – than the tax-paying, for-profit hospitals they compete with.

It’s not all black and white; the article notes complexities such as a hospital that doesn’t provide much free care – but does heavily subsidize some local community clinics. And Georgia has instituted a “bed” tax on nonprofits and for profits alike to help generate some more money for Medicaid, which has been strapped during the nation’s economic crisis. Overall, it’s a good read and a roadmap for enterprise reporting in other communities. Pell wrote an article about how he did his reporting for AHCJ that spells out a number of tips for reporters.

That tip sheet has further resources, including advice on deciphering hospital financial records from this presentation from The Philadelphia Inquirer‘s Karl Stark. If you are interested in the topic and are still daunted by the data, see if you can find a reliable local advocacy group who can help you sort them out, or a health care finance professor in your state who may be able to help you out.

If you Google, you will find stories about highly paid executives at nonprofit hospitals – that’s a good part of the story, and one that readers/listeners/viewers can grasp, but it’s not the whole story. Nancy Kane, a professor at Harvard School of Public Health, (who explained a lot of this to me some years ago) wrote on this topic a lot for a while, but when I did a quick check, most of the work I found was several years old. Here are some current resources to help reporters check into the nonprofit hospitals in their areas:

If ever there was a time to dig into your local hospital’s finances, this is it, Karl Stark told journalists Friday morning.

The Internal Revenue Service has made the first significant change to its 990 form in 30 years, providing more details about charity care and community benefits.

“And there are all these financial pressures coming down on hospitals this year,” said Stark, health and science editor of The Philadelphia Inquirer. That may result in a new wave of closures and mergers.

“One of the issues that has been undercovered, in my opinion, is the effect of the credit meltdown on hospitals,” he said.

During a presentation at Health Journalism 2009, Stark provided advice on how to demystify the financial numbers.

Sandy Kleffman of the Contra Costa Times writes about some key points from Stark’s presentation.