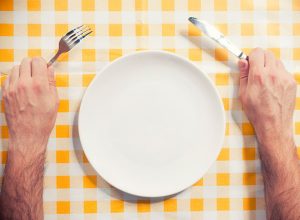 Food insecurity — lack of consistent access to enough food for an active, healthy life — is a serious and growing problem among the older adult population. About eight to 10 million people over age 65 struggle to find, pay for, prepare, or consume a nutritious, varied, balanced diet.

It’s a challenge that is expected to worsen as our population ages and socioeconomic disparities increase. END_OF_DOCUMENT_TOKEN_TO_BE_REPLACED 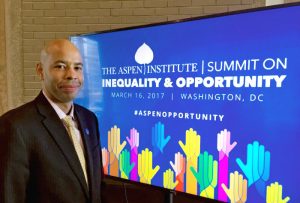 Photo: Janice Lynch SchusterTony Vinson, recruitment and intake coordinator for D.C. Central Kitchen (DCCK) in Washington, D.C., was among panelists at a recent Aspen Institute event who discussed how his organization is rethinking food security.

Like in other areas of health, hunger also is facing an ever-widening dichotomy. On the one hand, there is a U.S. foodie revival, with no-reservation hot-spots and every-growing list of new microbreweries and grocery-stores-turned-restaurants.  Even so, millions in America still find food scarce.

Still, there are some innovations afoot, as AHCJ member Janice Lynch Schuster recently found out. She has compiled a new tip sheet on covering hunger, how the meaning of hunger is changing and offers some potential story ideas in her tip sheet, drawn in part from a recent poverty program hosted by The Aspen Institute, a nonpartisan educational and policy organization based in Washington, D.C. END_OF_DOCUMENT_TOKEN_TO_BE_REPLACED 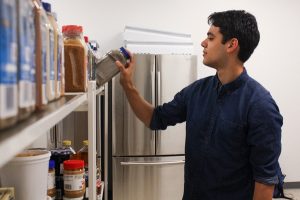 Attending George Washington University in Washington, D.C. costs $68,625 a year, or $274,500 for the four years it takes to earn a bachelor’s degree, underscoring its reputation, as The Washington Post recently wrote, “as a pricey school for rich kids.”

However, this month the university in the heart of the nation’s capital opened a food pantry to help the growing number of students on its campus who struggle to afford both higher education and food, an essential component of good health and an area that often underscores the health divide. END_OF_DOCUMENT_TOKEN_TO_BE_REPLACED

California Watch wraps up its three-part series on hunger in that state with a look at how much food is wasted and why.

Reporters found that tons of food goes to waste when restaurants dump it rather than donate it to distribution centers, when farmers plow over fruits and and vegetables in the fields and when grocery stores throw away food.

Discarded food represents a quarter of all waste tossed away by California households.

The project, in collaboration with the Annenberg School for Communication and Journalism at USC, includes a look at the five largest food retailers and whether they donate to food banks and other distribution centers.

Food insecurity is on the rise throughout the country, with the U.S. Department of Agriculture estimating that one of every seven American households struggled to put food on the table last year.

A 20-part, multimedia series from the University of Southern California Annenberg School for Communication and Journalism, in collaboration with California Watch, looks at the problem in that state, finding that the numbers of Californians who are struggling to have enough food is rising at an unprecedented rate.

The stories look at food deserts, how a lack of food affects children’s learning ability, struggling food banks, what it takes to eat on a “food stamp budget,” how food is wasted in restaurants, the difficulties of distributing food to those who need it and much more.

The project was produced over several months by 13 graduate students with contributions from members of the California Watch staff, Annenberg professors and staff, and staff from the Los Angeles Times and KQED’s The California Report.