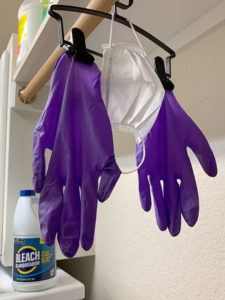 Is home health care the next COVID-19 hot spot? It may very well be, according to home care workers and leaders of a union that represents many of them. In a video press conference on April 15, several home care workers said that neither their agency nor the federal government was doing enough to keep them safe.

Social distancing while performing in-home care is impossible due to the intimate nature of their jobs, said the workers, who provide personal assistance and health care support. END_OF_DOCUMENT_TOKEN_TO_BE_REPLACED 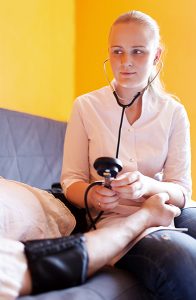 As health insurers adopt population health strategies they find that home-bound patients are the most difficult to reach. Under fee-for-service payment, insurers didn’t need to focus on these patients.

But the combination of the star-rating program that Medicare uses in its Medicare Advantage plans and the need to prevent hospital readmissions means health insurers now are paying extra attention to home-bound patients with chronic illnesses. Typically, these are the 5 percent of patients who account for half of all spending. END_OF_DOCUMENT_TOKEN_TO_BE_REPLACED 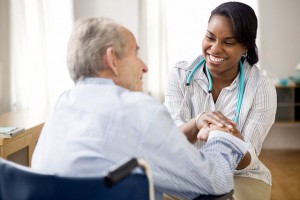 The House of Representatives on Oct. 21 passed legislation aimed at reducing costs and strengthening comprehensive, coordinated health care and related long-term services for some of the country’s most vulnerable citizens. It now heads to the President Barack Obama’s desk for his signature.

The Providing Programs of All Inclusive Care for the Elderly Act (PACE) Innovation Act (S 1362) will expand the current PACE program by allowing the Centers for Medicare and Medicaid (CMS) to conduct demonstration projects, using the PACE Model of Care, to serve individuals with disabilities an integrated, community-based setting that supports independence and enhances quality of life. It will also work to improve health outcomes and reduce costs for seniors who are eligible for both Medicare and Medicaid. END_OF_DOCUMENT_TOKEN_TO_BE_REPLACED