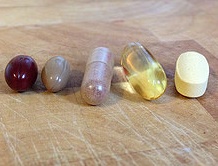 END_OF_DOCUMENT_TOKEN_TO_BE_REPLACED

Undercover sting operation reports may not be the meatiest documents released by the Government Accountability Office, but they’re almost always the most entertaining.

This time, the target was herbal supplements marketed to elderly patients. In addition to reviewing marketing materials and chemical compositions, investigators posing as elderly customers called supplement companies and received all sorts of bad advice. Check the highlights page for a nifty table of the most common and egregious errors, all of which involved garlic, gingko biloba or ginseng. You can also hear recordings of sellers peddling these treatments here.

All claims were deceptive, but two were also potentially dangerous. They are reproduced, along with GAO commentary, below.

Comment: NIH specifically recommends that breast and uterine cancer patients avoid this product, as it may have an adverse interaction with some cancer drugs.

Claim: Ginkgo biloba can be taken with a daily aspirin prescription.

Comment: Taking this product with aspirin may increase the risk of bleeding.

And, of course, there’s also the matter of toxic substances lurking in the supplements.

GAO also found trace amounts of at least one potentially hazardous contaminant in 37 of the 40 herbal dietary supplement products tested, though none in amounts considered to pose an acute toxicity hazard. All 37 supplements tested positive for trace amounts of lead; of those, 32 also contained mercury, 28 cadmium, 21 arsenic, and 18 residues from at least one pesticide. The levels of heavy metals found do not exceed any FDA or Environmental Protection Agency (EPA) regulations governing dietary supplements or their raw ingredients.