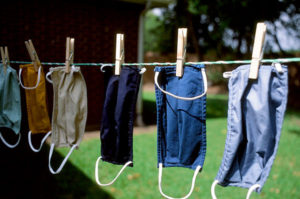 Biden’s orders and his comments are online at WhiteHouse.gov. END_OF_DOCUMENT_TOKEN_TO_BE_REPLACED

We’ve put up a tip sheet and written about the King v. Burwell case, but now that the ruling is imminent, we wanted to bring one more good one-stop-shopping resource to your attention and share a few tips.

The Alliance for Health Reform has issued a very good four-page tool kit – links to background articles, think tank papers, issue briefs and lots of sources. One caveat – it says that 7.5 million are subsidized in the affected states but the most recent government numbers are 6.4 million.

Other things to remember

There are 37 states using HealthCare.gov (with Hawaii, soon 38). But the reason you keep reading that 34 states are affected is that 34 are federal exchanges. END_OF_DOCUMENT_TOKEN_TO_BE_REPLACED 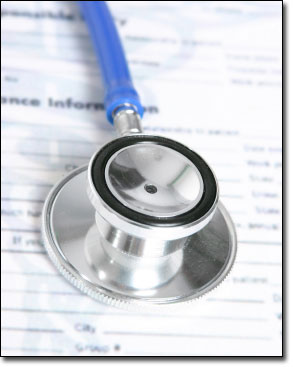 By now you have heard of “Dentalgate.” The administration, twice, released ACA enrollment numbers this fall that included nearly 400,000 dental plans, alongside the regular health insurance plans. That made it sound like more than 7 million people were covered in the state and federal exchanges.

That’s wrong. Depending on which date you used, there were either about 6.9 million (as of mid-August) or 6.7 million (October).

You know the politics too: The GOP said it was “deception;” the Department of Health and Human Services said, “Oops.” There will be a hearing on the Hill on Dec. 9 when CMS chief Marilyn Tavenner will testify before the House Oversight committee.

But what do we know about where the numbers come from, or what they say about attrition from the 8 million who signed up for coverage by the middle of April? END_OF_DOCUMENT_TOKEN_TO_BE_REPLACED

Kevin Counihan was just named the new CEO of HealthCare.gov – a position that incorporates the old Center for Consumer Information and Insurance Oversight (CCIIO) director job at the Centers for Medicare and Medicaid Services (CMS) and also consolidates some of the responsibility for the exchange that had been scattered throughout the Department of Health and Human Services. An old hand at health care, Counihan played a role in the Massachusetts state reform before running Connecticut’s state exchange last year. (Here’s a Connecticut Mirror piece by Arielle Levin Becker about him).

After his CMS appointment, Counihan spoke to the New York Times’s Reed Abelson and gave a preview of headaches to come. It’s hard to know how many of these problems will still feel big and threatening in November, and to what extent he’s playing a “lowering expectations” game. HHS is under new management with Secretary Sylvia Burwell and the new team would clearly benefit from some headlines that say, “Hey, it didn’t melt down.”

END_OF_DOCUMENT_TOKEN_TO_BE_REPLACED

I’m not particularly tech savvy but, one month into the HealthCare.gov website mess, here’s some of what I think we do know now – and what we are still waiting to find out.

Traffic: Volume was high, and it was one reason for the system’s poor performance. But it was not the only reason, not by any means. Nor have I seen a convincing explanation for why the administration low-balled the traffic expectations.

Code: There are millions of lines of it and it’s a mess. It’s being rewritten/worked-around. We don’t know much more than that. END_OF_DOCUMENT_TOKEN_TO_BE_REPLACED