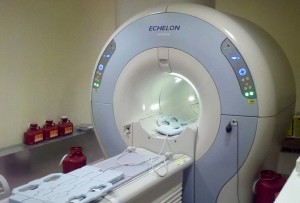 In June 2009, Atul Gawande wrote an influential New Yorker article, about the community of McAllen, Texas, which has some of the highest per-capita Medicare costs in the nation. At the time, “The Cost Conundrum” had a significant impact on the national debate over the legislation that would become the Affordable Care Act – not so much on the health insurance coverage aspects but about wasteful spending and flawed incentives built into our payment system.

McAllen was awash in waste, fraud and abuse, with millions spent on care of little to no value to the patient. The spending could not be blamed on socio-economic factors because nearby El Paso was a very similar community, but with half the per capita Medicare costs, and same or better outcomes. Gawande wrote this about McAllen: END_OF_DOCUMENT_TOKEN_TO_BE_REPLACED

As you’ve likely noticed, the Dartmouth Atlas team has now focused its lens on end-of-life care and found, not surprisingly, what amounts to “more of the same.” Kaiser Health News’ Jordan Rau has the nuts and bolts, while Joanne Kenen, writing for Miller-McCune Magazine,  takes a long view on the story, putting it into the context of popular Dartmouth Atlas pieces (think McAllen, Texas) and end-of-life outliers (La Crosse, Wis.). While you’ll have to check out her story for the in-depth version, here’s Kenen’s summary of the report:

Overall 1 in 3 of these patients died in the hospital, sometimes in the ICU and sometimes on life support, but there was significant variation from one region or even one hospital to another. Six percent of the patients received chemotherapy in the last two weeks of life, but in some regions and academic medical centers the rate went above 10 percent. Half got hospice but often for just a few days, too little for them and their families to fully benefit from the medical and psychosocial assistance and comfort hospice can offer.

If you’re looking for caveats, be sure to hit the second half of Rau’s story.

Last year, Atul Gawande and company made a splash by showing what a profound clinical impact checklists made on patient outcomes. Now they’re back, but this time the checklist evangelists are aiming for the pocket book. In the latest Health Affairs, Gawande and seven others contributed a paper with the descriptive title “Adopting A Surgical Safety Checklist Could Save Money And Improve The Quality Of Care In U.S. Hospitals.”

Here’s their arithmetic, courtesy of The Boston Globe‘s Elizabeth Cooney

Time was the biggest cost in setting up the checklist, Gawande and his co-authors write in the journal Health Affairs. They estimated that a hospital with at least a 3 percent rate of complications per year would begin to see savings after five major complications were prevented. That means a hospital where 4,000 noncardiac operations were done each year could save about $25 on each procedure, or about $100,000 annually, they concluded.

As always, free access to Health Affairs studies is one of many perks enjoyed by AHCJ members.

In a recent post, Not Exactly Rocket Science’s Ed Yong tried to break down Atul Gawande’s work and figure out why it can be so darn compelling. Yong and many thousands of others (myself included) were riveted by Gawande’s latest New Yorker piece, a treatise on palliative care.

Atul Gawande in action. Photo by Center for American Progress via Flickr.

It was a great read, but nothing shocking – much of it reminded me of sections of Gawande’s 2008 book, Better – and it clocked in at a mammoth 12,000 words. Yet, even in the age of bullet points and boldface, that didn’t stop anyone. Why?

Putting aside the fact that Gawande’s a wonderful writer who’s built a powerful brand for himself, Yong instead considered the power of Gawande’s narrative structure. It’s something I’ve noticed throughout the man’s work, and something that he can get away with as a prominent surgeon who writes for magazines: He saves the climax of his key anecdote (the patient’s outcome) for the end, and usually weaves it into several minor peaks and valleys in the course of the story.

These four sections are all obviously united by a common theme. But to hang together in a single feature, they need more than that. Gawande achieves this by using the tale of a terminally ill cancer patient, Sara Monopoli, to frame the four topics. It is obvious enough to use real-life stories to illustrate the theme of death and Gawande’s experience gives him plenty to draw from. But his critical move was to use a single story to frame all of the others.

The study was designed to evaluate the six infection control measures tracked by the Surgical Care Improvement Project. Those measures include everything from antibiotics to hair removal and blood glucose levels.

None of those measures correlated with infection rates individually, Hobson writes, but when taken in aggregate things start to look a little better.

Study lead author Jonah Stulberg, a recent graduate of Case Western Reserve University School of Medicine (where the research was conducted) tells the Health Blog that the score is called an “all-or-none” composite, which is like a pass/fail: The hospital gets credit for a particular patient only if all the appropriate measures are taken.

With the statistics out of the way, Hobson addresses the biggest question: Why aren’t these prevention measures making a difference in the real world? The answer, as it always seems to be in these situations, is that life is complicated and human beings aren’t robots.

… there’s a big difference between a practice being proven to be effective in a clinical trial and then developing a measure that tries to estimate how often it’s done and then report it publicly.” Real life is messier, and factors such as surgical skill and hand-washing practices are tougher to measure.

Dale Bratzler, CEO of the Oklahoma Foundation for Medical Quality, tells the Health Blog the results don’t surprise him. Individual process of care measures for things such as heart attack and pneumonia also haven’t been shown to correlate with outcomes, he says.