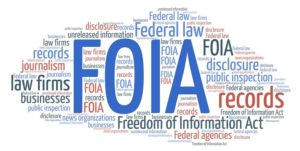 Several freelancer members of AHCJ have asked for a tip sheet about making Freedom of Information Act/open records requests to federal, state and local government agencies. I have filed only a few such requests in my journalism career, so I reached out to an expert, subject librarian Katy Boss at New York University’s Arthur L. Carter Journalism Institute.

Boss regularly helps journalism students file FOIA (federal government) and FOIL (state and local government) requests in New York (often referred to as Sunshine Law or open records requests in other states) and has written a clear and helpful guide. AHCJ has reprinted a lightly edited version as a tip sheet. At the bottom, I included links to the FOIA webpages of federal agencies of particular interest to health care journalists and links to two websites that provide open records information for every state. END_OF_DOCUMENT_TOKEN_TO_BE_REPLACED

The ruling is the latest in a case brought eight years ago by the Argus Leader, a newspaper in South Dakota, asserting the public’s right to know how much taxpayer money goes to grocers and other retailers who participate in the program. END_OF_DOCUMENT_TOKEN_TO_BE_REPLACED

Health Journalism 2019 kicked off in Baltimore with an extremely useful two-hour workshop on public records.

The bottom line: There’s a lot of information out there. We as journalists have a right to an awful lot of it.

And we can get it (sometimes) if we ask properly, follow up persistently – and are willing to get just a wee bit pushy about it if that’s what it takes. END_OF_DOCUMENT_TOKEN_TO_BE_REPLACED 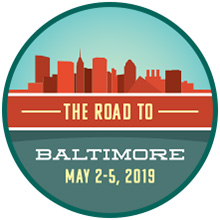 Health Journalism 2019 is coming up quickly – the fun and learning kicks off on May 2 with workshop-style sessions.

This year, we have several panelists who are soliciting input from our members and attendees ahead of the conference. This is your chance to get your needs addressed by the experts. END_OF_DOCUMENT_TOKEN_TO_BE_REPLACED

Fred Schulte, a CPI senior reporter, said the center obtained 37 MA plan audits through a Freedom of Information Act lawsuit. The documents indicated that 35 of those health plans were overpaid in 2007. The typical overpayment was several hundred thousand dollars.

“Among the insurers charging the government too much: five Humana, Inc. health plans, three UnitedHealth Care Group plans and four Wellpoint, Inc. plans,” Schulte wrote. None of the plans would comment for Schulte’s article. END_OF_DOCUMENT_TOKEN_TO_BE_REPLACED