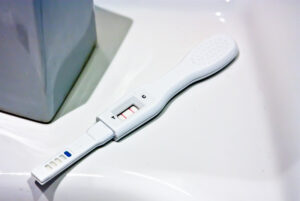 One of the most persistent concerns about potential adverse effects from the COVID-19 vaccines has been whether they will affect the reproductive system, particularly fertility. Fortunately, two new studies suggest there is no evidence that any of the vaccines can impact fertility.

As I wrote years ago in Forbes, anxiety about vaccines causing problems with fertility is not new. At that time, in 2014, a resurgence of fears about the pertussis vaccine causing infertility in Kenya was in the news, but that was just one incarnation of a fear that’s been around as long as vaccines have. In fact, it’s one of the oldest and most lingering fears about vaccines because fertility has been such a precious, treasured health status for centuries and is, therefore, something people, understandably, want to protect.

The first study, published Jan. 5 in Obstetrics and Gynecology, addresses the issue tangentially by reporting on findings of COVID-19 vaccines’ impact on menstrual cycles. Early in the vaccine rollout, anecdotal evidence suggested an uptick in breakthrough bleeding even for people taking hormones that should have suppressed periods or in people who had entered perimenopause. People with otherwise normal cycles experienced early or particularly heavy periods after getting vaccinated, prompting an investigation into whether there was a link between vaccination and heavier, earlier, or longer periods.

The researchers analyzed data from six menstrual cycles — three before vaccination and three post-vaccination—in 3,959 people, about two-thirds of whom were vaccinated. Just over half the vaccinated people got the Pfizer vaccine, a third got Moderna, and 7% got Johnson & Johnson. While the researchers did detect a slight difference in cycle length, it was by less than one day, suggesting no significant impact. While the study doesn’t directly address fertility effects, menstruation is one indicator of potential fertility health, so the findings should be reassuring to those concerned about it.

The second publication, an NIH-funded study appearing Jan. 20 in the American Journal of Epidemiology, compared more than 2,000 couples with varying infection and vaccination (1 dose, 2 doses, no doses) status and took into account a wide range of covariates that might cause confounding. The results showed no difference in the likelihood of conceiving where one or both partners had received one or two doses of the vaccine, compared with couples where neither were vaccinated.

END_OF_DOCUMENT_TOKEN_TO_BE_REPLACED 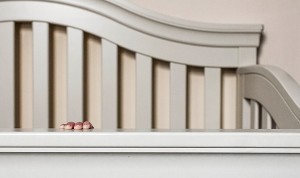 Recent data on the economic recession’s impact on U.S. birth rate showed a slowdown among millennials struggling to regain their financial footing.

It sparked not only headlines but also raised questions about whether those 20-29 year olds would skip childbirth altogether or perhaps opt to “catch up” later in life.  Now other coverage is examining how millennials are grappling with factors such as their likelihood to marry, work-life balance and financing infertility treatments. END_OF_DOCUMENT_TOKEN_TO_BE_REPLACED