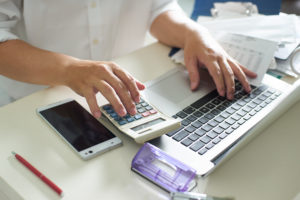 For some of AHCJ’s freelancers, payment issues were already a hassle before 2020. Now they may be even more difficult, depending on the publication or editor. In several writer groups online, fellow freelancers have cheered for a surge in work but also bemoaned payment hiccups. Individual situations vary, of course, but a few common threads have appeared.

To start, freelancers should know that nonpayment is unacceptable. If work has been completed, it’s illegal to withhold payment. The Freelancers Union and The Freelancer have written about this and offer options, and the Freelance Isn’t Free Act may be useful for those in New York City. END_OF_DOCUMENT_TOKEN_TO_BE_REPLACED

WSB-Atlanta recently explored what happens when hospitals buy physician practices, which has been happening all over the Atlanta area.

Prices for patients go up.

The same physicians – in the same offices, with the same treatments – start charging more.

“Everything is exactly the same,” said cancer patient Mike Rosenberg.

And it’s a lot of money – sometimes thousands of dollars, not covered by insurance.

And even patients who are savvy enough to know about these fees before they get the bill have a lot of trouble finding out about them, as Erica Byfield made clear in her strong 3-minute report.

It’s not unique to Atlanta. She quotes a University of California, Berkeley, study that found that patients generally pay 10 percent more at hospital-owned practices.

Byfield doesn’t explore whether the push for hospitals to purchase practices is related to the Affordable Care Act – she just says in passing that it’s unclear how big a role the law plays.

Actually the ACA does include incentives for “vertical integration,” or having doctors and physicians part of one organization. But it’s not supposed to raise costs. It’s supposed to bring them down by improving efficiency, creating economies and encouraging care coordination. (Some of the fee problems actually stem from Medicare billing practices, not specifically the ACA.)

Last year Daniel Chang of The Miami Herald looked into integration of hospitals and physician practices – and found patients in Florida were getting hit by big fees. He wrote a “How I did” it piece for us.

If you want to look at this in your community, it’s a good story.

Advocacy groups can help you find patients. And you can just try calling yourselves and seeing if the hospitals and physician practices will talk about their policies. Only two of the big Atlanta-area hospitals were forthcoming with the Atlanta station – and they reported that, and put the policies that were shared up on the web.

Note: I periodically request that people bring good local television coverage of health care to my attention, so we’re not so print (and a dash of public radio) focused. Now I can’t remember who highlighted this one – it may have been on @charlesornstein’s Twitter feed. But please do send good work my way (joanne@healthjournalism.org), we’d like to include it.