We’ve told you over and over again on this blog that the Affordable Care Act isn’t just about coverage. It’s also about changing how health care is delivered, moving away from fee-for-service to a more value- and quality-based system. Medicare is aiming to have half of its payments under alternative payment models by 2018.

That means hospitals have to change. But not all of them want to.

Fee-for-service is the preferred business model for many. Why should those hospitals want to go through considerable expense and upheaval to switch to a new system that demands more – and may well pay less? END_OF_DOCUMENT_TOKEN_TO_BE_REPLACED

Finally, we may be seeing the beginning of the end of fee-for-service payment.

In an announcement Monday, the federal Department of Health and Human Services set two goals for changing how Medicare will pay for care, making the most significant change in payment in its 50-year history. First, HHS Secretary Sylvia Mathews Burwell said that next year, 30 percent of all payment to Medicare providers would be in alternative payment programs that reward hospitals and physicians for how well they care for patients rather than how much care they provide.

By 2018, 50 percent of payments would go into alternative payment programs, such as accountable care organizations, patient-centered medical homes and bundled payments, she wrote.

“In alternative payment models, providers are accountable for the quality and cost of care for the people and populations they serve, moving away from the old way of doing things, which amounted to, ‘the more you do, the more you get paid,’” Burwell added. END_OF_DOCUMENT_TOKEN_TO_BE_REPLACED 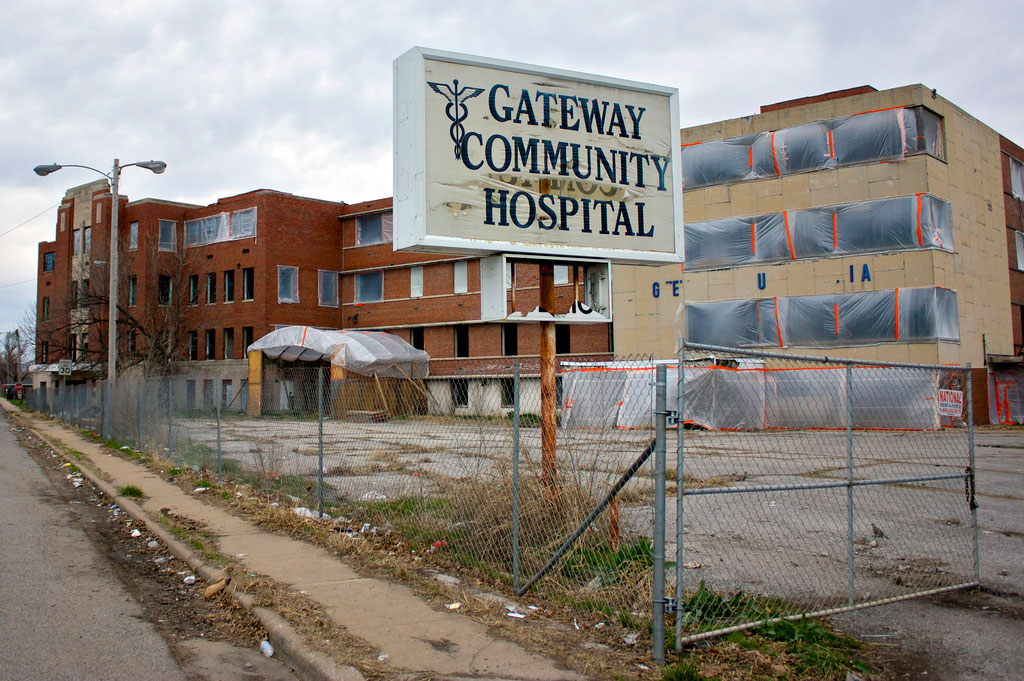 The series shows how most of the defunct hospitals were small to mid-size community hospitals and public hospitals that had served poor urban neighborhoods. The closures left many low-income neighborhoods without an effective safety net, undermined efforts to recruit doctors, and did away with high-wage jobs for local residents. An incredibly detailed interactive map allows readers to track where old hospitals have closed and new ones have opened in cities across the U.S. since 1991. END_OF_DOCUMENT_TOKEN_TO_BE_REPLACED

I wrote earlier this fall about several new documentaries about health care. I’ve now had a chance to watch one of them, “Escape Fire” and talk to the filmmakers Matthew Heineman and Susan Froemke.

The film has a fairly simple basic message: The American health care system is a mess. But solutions, at least partial solutions, are there for the taking.

Part of the film focuses on the payment and delivery of health care – what those of us who write about this a lot may think of as the Dartmouth Atlas message. The fee-for-service system rewards quantity over quality and encourages all sorts of stuff to be done that doesn’t make a lot of sense and isn’t necessarily right for the patients. A part of the film looks at the – related – issue of designing a health care system around people who are sick, rather than emphasizing investment in keeping people well; Dean Ornish, Andrew Weil and Wayne Jonas all appear. We know a fair amount about keeping people well. But that’s not what our system primarily pays for.

The filmmakers, Heineman and Froemke, whose interest in the health care system was stirred when they made a film a few years ago on Alzheimer’s disease, spent more than three years on this project. The more they learned about the health system, the more astonished they became at the scope of its flaws.

“We have worse outcomes but we’re spending twice as much as other nations, “ Heineman said. And despite all that money, we don’t have a “patient-centered preventive and safe system.” The system, as he put it, is “high-tech over high-touch.”

The filmmakers weren’t alone. “We found out that no one in the medical profession is happy” about much of American medicine, they said. Doctors who want to do primary care, or who want to have a more “whole patient” approach even as a specialist, encounter all sorts of barriers. “It’s the spending structure,” Froemke said. “Medicine became a for-profit industry; we lost our moral compass.”

The film has its share of experts, some of whom like Donald Berwick, M.D., will be (I hope!) familiar to health journalists. But the heart of the film, as Froemke put it, is the stories it tells about ordinary – or maybe not so ordinary—patients and doctors.Three stories in particular stood out for me: END_OF_DOCUMENT_TOKEN_TO_BE_REPLACED