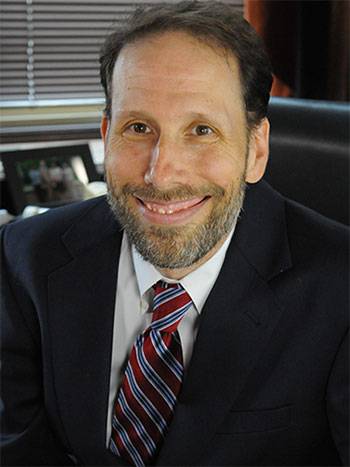 “Right now we have a passive medical system that waits for you to come to it. What we need to do is create a medical system that actively seeks out really sick people and takes much better care of them,” says Jeffrey C. Brenner, M.D. A family physician in Camden, N.J., Brenner is one of 24 MacArthur Foundation fellows named on Wednesday. Informally known as a “genius grant,” the fellowship award is $625,000.

Brenner also is the founder and executive director of the Camden Coalition of Healthcare Providers, an organization seeking to improve the quality of care delivered to vulnerable populations in Camden. The coalition has community-based physicians, hospital staff, social workers, nurses, and other providers work in teams to deliver comprehensive preventive and primary care to the neediest patients, the foundation said.

Sometimes called super utilizers, high utilizers, or frequent fliers, these patients have complex medical conditions and often lack social services, such as transportation or knowledge about how to use the health system most effectively. High utilizers account for a disproportionately high share of overall spending. By some estimates, 5 percent of these patients account for more than 60 percent of all health care costs. END_OF_DOCUMENT_TOKEN_TO_BE_REPLACED

Now that Medicaid expansion is uncertain in a number of states, it’s likely that some low-income people who might have been covered will not be – at least not in 2014.

You’re probably hearing, from some quarters at least, the mistaken argument that the uninsured working poor don’t need help – that they (and for that matter, undocumented immigrants) can get all the care they want, for health problems big or small, at no cost, at emergency rooms.

That’s not what the law – the Emergency Medical Treatment and Active Labor Act (EMTALA) – says. It says people need to be stabilized, regardless of ability to pay. It doesn’t mean that the hospital can’t at least try to collect the fee later. And it doesn’t mean that the patient gets more than the emergency stabilization – not necessarily any follow up, management of a chronic condition, or ongoing treatment of a disease diagnosed in the ER.

But today we take this life-saving, stabilizing, no-turning-away patients practice for granted. It wasn’t always this way. Noam Levey of the Los Angeles Times recently took a look at how EMTALA came to be, and the abuses it corrected. (Levey wrote it before the Supreme Court ruling, when there was speculation that the whole health law could be overturned, meaning millions might continue to rely on the emergency room as a main source of care. But his story is just as interesting under the actual post-SCOTUS scenario.) END_OF_DOCUMENT_TOKEN_TO_BE_REPLACED

The New York Times‘ Kevin Sack reports on a Health Affairs study that explores “acute medical care,” particularly initial visits for the fever and cough type of stuff that would traditionally go to a primary care physician. While 42 percent of such visits were still handled by a patient’s personal physician, a full 28 percent took place in emergency rooms. According to Sack, that number includes almost all visits made outside of typical office hours, as well as most visits made by patients without insurance.

More than half of acute care visits made by patients without health insurance were to emergency rooms, which are required by federal law to screen any patient who arrives there and treat those deemed in serious jeopardy. Not only does that pose a heavy workload and financial burden on hospitals, but it means that basic care is being provided in a needlessly expensive setting, often after long waits and with little access to follow-up treatment.

Reform provisions such as medical homes, accountable care organizations and more money for primary care seek to rebalance acute care delivery in the United States, but Sack reports that the study’s authors fear it won’t be enough.

The authors warn that it might not be enough. “If history is any guide, things might not go as planned,” they wrote. “If primary care lags behind rising demand, patients will seek care elsewhere.”

Remember, free access to Health Affairs is one of many perks enjoyed by AHCJ members.

In the wake of allegations that the nephew of a supreme court justice was Tased in a Louisiana hospital, The Washington Post‘s Leslie Tamura has found that

151 hospitals in the United States use or are testing Taser electronic control devices, according to the company that makes the devices. Each hospital develops their own guidelines for Taser use. Experts quoted in Tamura’s story seem to agree that Tasers should be used as a last resort.

Jeffrey Ho, identified in the story as an emergency room doctor and the author of a 2009 paper about the use of Tasers in health-care settings, points out that “The hospital environment is not 100 percent calm and peaceful all the time. Acts of violence do occur against staff, physicians, nurses, those types of things, and really the best method of security is to be proactive.”

But the Taser company blog tells us that Ho is “an independent, expert medical consultant to TASER.” That potential conflict of interest has been noted by Dan Bowman at Fierce Healthcare and Bernice Young at Mother Jones, who reported in 2009 that Ho had received $70,000 in 12 months from the company.

Robert Philibert, a professor of psychiatry, genetics and neurosciences at the University of Iowa who has studied Tasers and similar weapons in psychiatric care, calls the practice “extraordinarily troubling.”

Another expert quoted in the story, William P. Bozeman of Wake Forest University, says receiving a Taser shot is painful “but as soon as the Taser stops sending out electricity, the pain is over and you’re fully functional again in a matter of moments.” Bozeman, as the story points out, “published a study in 2009 of 1,201 people who had been stunned and found that 99.7 percent of them have few to no injuries.”

Associated Press medical reporter Carla K. Johnson has found that, contrary to common assumptions, emergency rooms could become even more crowded with the passage and implementation of health care reform. Popular wisdom has it that, with more access to insurance thus to primary care, folks will be less likely to go to the emergency room for minor complaints or to allow illness to progress to the point where an emergency visit is necessary. Johnson, an AHCJ board member, gives three big reasons why it’s not that simple:

ERs are crowded, Johnson writes, not only because of a lack of insurance but also because of obstacles inherent in their structure and mission, such as an aging population, more people with chronic illnesses, the closures of many ERs in the 1990s and the demand for beds for both emergency patients and patients scheduled for elective surgeries that bring more money.

AHCJ Immediate Past President Trudy Lieberman praised Johnson’s story and linked it to reporting by The Boston Globe on the impact of that state’s reform law upon emergency room use. So far, events in Massachusetts reinforce Johnson’s predictions.

The Boston Globe revisited Massachusetts’s ER conundrum last week, and reported pretty much what it did last year—that despite the state’s reform law, which mandated everyone have coverage beginning in July 2007, emergency room use is rising. Last year, the state’s Division of Health Care Finance and Policy cautioned that it was too early to draw any conclusions from the seven percent rise in ER visits between 2005 and 2007. Now the agency is saying that expanded coverage may be one reason for the 9 percent rise from 2004 to 2008. According to commissioner David Morales, many studies have shown that expanding coverage does not reduce emergency room visits. That’s because the uninsured “are not really responsible for significant ER use,” he told the Globe.