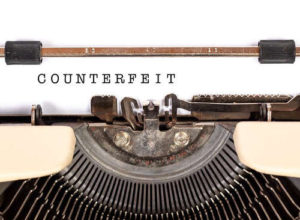 In recent weeks, many freelance writers have received the same email — a consultant says she needs help with a writing project for an upcoming workshop. She wants to create an article on a specific health topic that will be given to the workshop attendees as a handbook. She’s already drafted an outline, and she wants to know if you can help.

I received this email, as have several AHCJ members, and a few of us responded to this email. The request looks both legitimate but also suspicious based on the phrasing and vague details. If you respond, the consultant often replies with additional information, including the word count, a $1/word rate, and a deadline. END_OF_DOCUMENT_TOKEN_TO_BE_REPLACED

Angie Drobnic Holan, writing on the St. Petersburg Times‘ Politifact site, has composed a point-by-point debunking of a lengthy anti-reform chain e-mail that’s been circulating in recent days. Among the e-mail’s claims about the bill: self-insuring employers will all be audited, health care will be rationed, the “Health Choices Commissioner” will make all decisions for you, leaving you with no input, illegal immigrants will get free health care, union retirees and community organizers will get subsidized health care and eligible folks will be automatically enrolled in Medicaid whether they like it or not.

Politifact also rates a few of the e-mail’s claims as “barely true” or “half true,” including the conversion of the general recommendations of the government’s health advisory committee to “a government committee will decide what treatments and benefits you get” and the repackaging of electronic medical records-related goals as “Every person will be issued a National ID Healthcard.” Many of the assertions made in the e-mail were based on blogger and tweeter Peter Fleckenstien, who posted his rebuttal here.

Charles Babington of The Associated Press also is debunking confusing claims and distortions about the health care reform bill. Among the claims he focuses on: