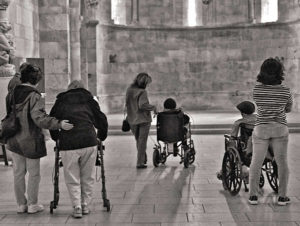 On July 15, ICER will ask one of its expert panels, the California Technology Assessment Forum, to consider the evidence available for aducanumab’s benefits and risks and vote on a series of questions about its effectiveness and value. ICER’s reports have clout because insurers use them to help determine how to cover drugs and medical treatments. The independent group earlier released a report critical of the evidence presented to date about aducanumab. Biogen, which told AHCJ it disagrees with ICER’s opinion of its drug, plans to have a representative speak at the meeting. END_OF_DOCUMENT_TOKEN_TO_BE_REPLACED 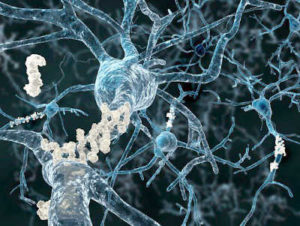 A recent announcement by drugmaker Eli Lilly that its drug donanemab slowed the progression of Alzheimer’s by nearly one-third is giving many patients, caregivers and providers reason for optimism. But let’s not do a happy dance quite yet.

I don’t want to diminish anyone’s hope, especially the estimated 6 million Americans living with Alzheimer’s disease and their caregivers. But it’s prudent to remember that other drug companies have shown promising initial results for Alzheimer’s drugs, only to find that larger-scale Phase 3 trials didn’t pan out, as Gina Kolata of The New York Times notes. END_OF_DOCUMENT_TOKEN_TO_BE_REPLACED 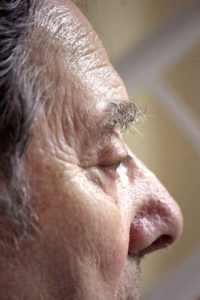 “Aducanumab, a so-called monoclonal antibody designed to target amyloid plaque in the brain, has been one of the most closely watched drugs in development for several years,” according to Bloomberg News. END_OF_DOCUMENT_TOKEN_TO_BE_REPLACED

It was the kind of news that had to be handled delicately, with a deft touch and a sense of perspective. A new drug appeared to halt the progression of Alzheimer’s disease for up to three years – a result never achieved before – but only in a handful of patients, according to results of a small study presented at a major international conference.

How did major media do in covering this development?

Marilynn Marchione of The Associated Press was careful not to overplay the findings and fuel speculation that definitive progress against Alzheimer’s had finally been achieved:

“For the first time, researchers are reporting that a treatment might help stabilize Alzheimer’s disease for as much as three years, although the evidence is weak and in only four patients.

“The drug is Gammagard, made by Baxter International Inc. Doctors say that four patients who have been receiving the highest dose for three years showed no decline on memory and cognition tests. A dozen others on different doses or shorter treatment times didn’t fare as well.

“The study was far too small to prove the treatment works, but a more rigorous one involving 400 patients will give results within a year.”

Note what Marchione didn’t do. She didn’t call this a breakthrough. She didn’t suggest that results from this small study were reliable, or that they should give patients or medical practitioners hope. Instead, she was careful to strike a cautionary note from the start – the responsible way to approach this news.

“Although it’s still in a testing phase, the first long-term treatment shown to halt the progression of Alzheimer’s disease is being hailed Tuesday by experts at the Alzheimer’s Association International Conference 2012 in Vancouver.”

I’m sure this is true – that many experts at the conference indeed “hailed” the study’s findings. But practitioners in this field are primed to enthusiastically welcome any positive development since results of all other studies to date have been bleak. Putting this in the story’s lede gives a wrong first-off impression that this is a seminal event in the fight against Alzheimer’s. (It may be, it may not be; we don’t know yet is the truth of the matter.) END_OF_DOCUMENT_TOKEN_TO_BE_REPLACED