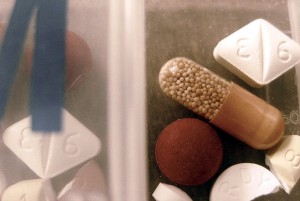 No other country in the world pays as much for drugs as the United States — not even other wealthy countries such as Canada, Germany, Japan or France. Using studies, published analyses, news stories and expert interviews, journalist Roxanne Nelson dug into the reasons for the big disparities in drug pricing between the U.S. and other countries in her Medscape story “Why Are Drug Costs So High in the United States?” (registration required).

In a recent Q&A with her, Nelson explained her reporting and writing process for the piece, which earned second place in the Trade Publications/Newsletters category of the 2014 Awards for Excellence in Health Care Journalism.

Nelson is a Seattle-based writer specializing in health and medical subjects. She also has a strong clinical background, having worked as a registered nurse for ten years, primarily in maternal-child health. She also has worked with HIV/AIDS patients and in pediatric ICU.

Read our conversation with Nelson about how she went about pulling together her award-winning piece.

Independent journalist Lola Butcher reports that debate about the government’s 340B Drug Pricing Program continues to build as the program expands.

“Like all good controversies, this one has enthusiastic advocates and wild-eyed opponents, and it’s easy to get snagged by the passion of the partisans,” she writes in a new tip sheet. END_OF_DOCUMENT_TOKEN_TO_BE_REPLACED